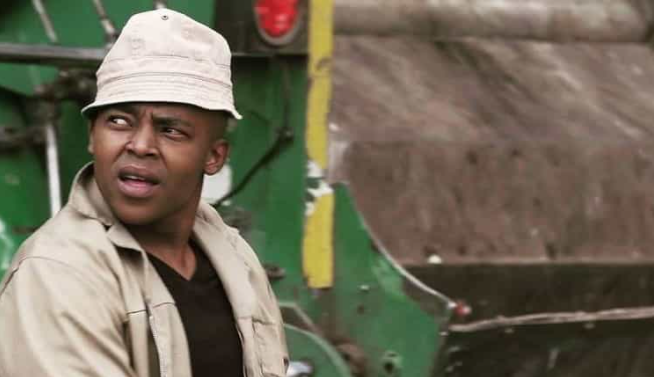 Actor Loyiso Macdonald, who is popular for playing Kagiso Khoza and Mzansi Magic’s The Queen informed his fans that he is working on a new project which he’ll be announcing soon.

In the snap he uploaded, he credited e.tv Scandal! actress Sive Mabuye which has us thinking that the heartthrob could be joining the e.tv telenovela. All we can do at this point is just speculate until he announces this new project he has been working on.

Following his surprise exit from The Queen Mzansi, Loyiso announced that he was returning to the theatre. Through a social media post, Macdonald said that he would be hitting the market theatre in celebration of their 45th anniversary. The actor was in Dusk – a production written by Mark Scheepers and directed by Palesa Mazamisa. It premiered in July.

“While MacDonald’s first prominent role was as Ntando in Isindingo, it was his role in The Queen where he played Kagiso Khoza that made him a household name. It will be interesting to see how The Queen plays out Loyiso Khoza’s exit scenes. The dynamic within the Khoza house will now be strange since Goodness, played by Zenande Mfenyane is back on the show and her character is tied to Kagiso,” reported The Tea on social media.

Following his last episode in The Queen as an employee of The Fergusons, Mzansi Magic took to their social media handles to bid Mac Donald the farewell he deserves. “Kagiso Khoza definition: Harriet’s favourite child famous for the pristine English, the good looks and for being the soft-spoken gentleman who summoned the soldier ‘Sgaqagaqa’, in order to win some tough wars.The only person to betray the Khoza family and live to tell the tales! Basically a legend. Thank you for five great seasons of exceptional acting, we will miss seeing you on #TheQueenMzansi screen @loymacdonald but upwards and onwards,” read the statement.

During his interview with Mac G back in 2020, the actor – who has great passion and respect for the art of acting shared his thoughts on actors being cast based on the number of followers they have. “In the time that I have been working on TV, the whole social media game has changed a lot of things. Where I still remember the first time I was asked how many social media followers I had at an audition. It threw me off because it has got nothing to do with acting.” He shared. “This frustrates the audience you already have because they want to see the best. We want to see people who make us engaged with what it is that they are doing onscreen. Hence that’s an actor’s job.”