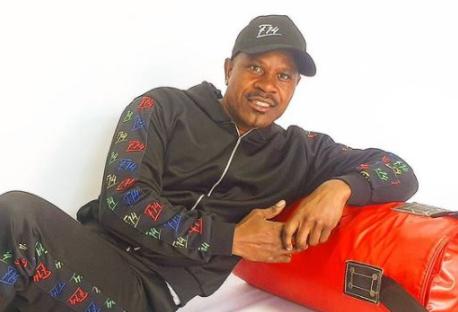 Former professional footballer Lucky Lekgwathi has suffered a loss at the hands of the looters that have destroyed a number of businesses in Gauteng.

The former Orlando Pirates star’s restaurant ‘Grootman by Lucky Lekgwathi’ in Kliptown, Soweto was one of the businesses that got looted.

Lucky opened “Grootman by Lucky Lekgwathi’ less than three months ago. Taking to Instagram to share the damage to his business, Lucky said, “I leave everything to the Almighty God”

In another video, Lucky said, “this is what they do to black people…we are trying to make a living…it is part of life. South Africa this is sad and bad..”

Social media users took to the comments section and said,

@goshnailsstellies said, “💔💔worse thing that could ever happen to a small business owner keeping you in my prayers”

@SkepeMatsebane said, “Lucky Lekgwathi’s restaurant is not even three months old. Now is in complete and utter ruin. Tomorrow when he’s struggling, the same people who ruined his business and his livelihood will say he wasted his money when he was playing football”

“Lucky Lekgwathi’s restaurant…this is bad guys. Let’s stop destroying people’s businesses… If we are really angry plz let’s go after our politicians not our people….”

@oupapilane said, “Lucky Lekgwathi opened this great place just few months ago in Gauteng, it’s saddening what’s happening the whole place is destroyed and 4 people were employed there. Why destroy our people? This is not WMC but a young man who was working hard to make a living”

@Murendi said, “People like Lucky Lekgwathi gave their all to that business, all they had, just to see it all vanish in a blink of an eye. Surely there should be relief. But we all know our government will bungle that”

Speaking to Daily Sun Lucky said, “They vandalised everything they came across. They took everything – stock, machinery, cables, computers, just everything,” said a distraught and disappointed Lekgwathi. I don’t know where to start now in rebuilding my business. This was my only means of sustaining my life and make a living for my family”

“They say soccer players waste money and retire poor. I thought I’ve learnt and wanted to be different and start something. This too was helping the people of Soweto in my eatery where I employed people. Now it’s just gone, gone, just like that.”

Lucky also said that he will approach the Gauteng government for a relief in his quest to try and recover from the criminality that was paraded as a protest for the release of former President Jacob Zuma.

Other ZAlebs that have suffered because of the lootings include Penny’s sister’s business in Soweto.