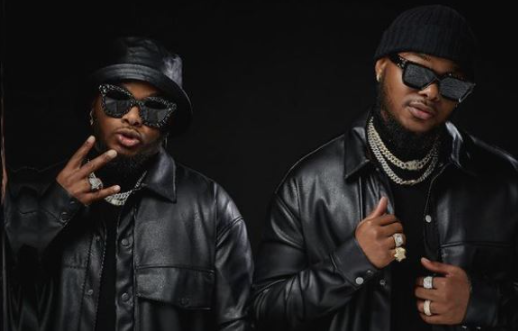 The major league DJ’s Bandile and Banele Mbere have been filling up venues in the United Kingdom every single day.

The DJ duo have been taking Amapiano to the world, literally.

They took to Instagram to express their emotions at the support they have been receiving:

“Taking Amapiano to the world was a dream to my brother and I. A dream delayed is not a dream denied. The love we’ve received from our fans in the United Kingdom has been mind blowing. The special moments we have created during our month stay are a reminder that we are our Ancestors wildest dreams! THE ENERGY & THE VIBE HAS BEEN EVERYTHING. AFRICAN DANCE MUSIC.

“A special thank you to our team that has worked tirelessly to help us realise our dream of taking Piano to the world. Lucy, Mimi, Thabo, Thulani, Wade, Ant, Thabang, Nita, Uncle Vinny, Khaya, YS , Danai and Muddie words will never be enough to thank you for working with us crazy twins. Always pushing,hard work is all we know and lastly @afroparadiseparties & all our sponsors thank you for bringing our vision to life. We got so much more installed for the Kingdom. Stay tuned 😝🤟🏾”

Two days ago, they announced that their show was sold out.

A month ago the twins announced that they have bagged a reality show with MTV Base that will be showcasing what they do on a daily basis.

Announcing the news, Major League said, “Inside Life: Major League premieres their reality show exclusively on MTV Base (DSTV channel 322) on 19 August at 21:30PM. Here’s to another 1st in our journey of taking our the world”

MTV Base took to Instagram to announce the news, they said, “From Kids finding wives to pandemic accidents! It’s all a lot for one season with the @majorleaguedjz and we are looking forward to nonstop entertainment! Don’t forget to set your reminder to Catch Inside Life: Major League DJs on the 19th of August at 21:30″

Controversial MTV star Uncle Vinny will also be making an appearance in the 8-part series that is produced by MTV Base and Soul Candi Studios.

The duo recently paid respects to Amapiano saying the genre is fast growing so big brands should start putting money into it.

“Amapiano is doing crazy numbers across all platforms … iTunes, Apple Music, Spotify, YouTube…the works. I wonder when brands will start putting money into this genre/ culture.. the sound is out of this world and it’s about to be the biggest sound to come out of Africa”