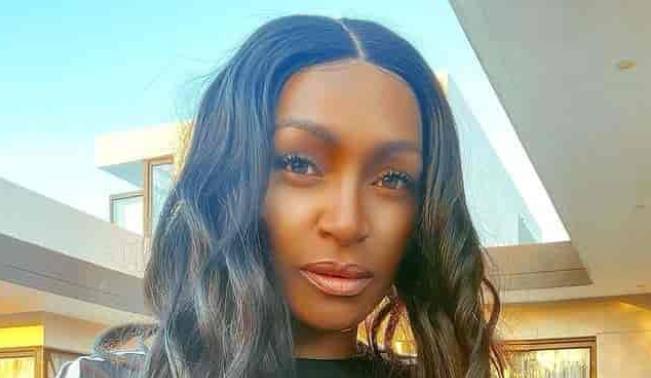 The question of whether or not which craft is real is one that is confusing. More especially for millennial South Africans. Skeem Saam actress, Makgofe Moagi went to IG Live to break it down with her followers. She was accompanied by HRH Nqobile Ike Ntanzi and tabisocial_rsa.

“What do people get from bewitching others?” Was one of the questions that came up.

“Do you know that some of them don’t even have the choice? Some of them are coerced into doing it. They get threats and they do it. That’s why they go extremely hard to make sure that they go ahead with what they sent by those senior witches. They just come into your body. You’ll probably be sleeping but your spirit is the one that’s working. It’s out, it’s gone but you are doing things that you don’t want to do because you don’t want to lose a family member.” Revealed one of the panel members.

Makgofe relieved some of her earlier experiences with witchcraft in the village where she grew up in the Limpopo province. “When I was growing up I remember, my late uncle n my village – there was that vigilantism thing where we are going after witches. I remember, my uncle picked me and put me on his shoulders at night. Nine O’clock we are leaving our houses. I’m sure Master KG would attest to this if he was here.” She continued.

“The house that we went to was literally on a mountain. So you walk up a mountain a bit. That lady had the main house and she had these rondavels. They were about three or four and when she saw the youth coming she just disappeared into the mountain. They found she had turtles. She had cats but obviously, the cat ran with her. But we never discovered where she disappeared into.”

Those tuned into the Live wanted to find out how does one get themselves out of that situation. “It’s a tricky one. It’s just like the process of Ukthwasa.” Explains Tabi. “There are certain things that you get to eat and certain things that you need to drink. In the last stage of your initiation, there’s a sacrificial ceremony that is done. So that is something that cannot be undone. So I’ve got these beats (he pointed to his wrists and ankles). Even if I had to take them off, I can’t change the fact that I have a gift and our ancestors have graduated through me and they recognize me as this person who has completed the process of Ukthwasa.

Even if I tell myself that I’m retiring and that I’m leaving everything behind. They will still come to me via dreams. I will still see the visions – it won’t change. So the same thing will apply, especially if there are rituals that have been done.”
Check out their full discussion below.