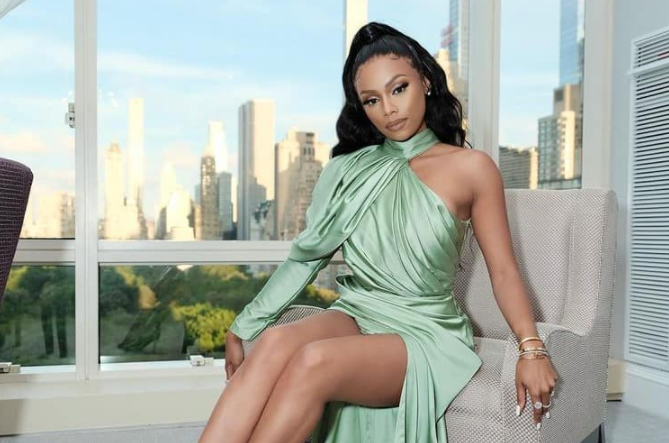 Bonang Matheba had social media in a choke hold today. All ears were attending to her short Twitter space, where she threatened to expose a certain management company. With over 16K listeners, everybody got to hear B announce that she has parted ways with her former management company – but did not name drop.

The Bonang effect was clearly felt today as a few big companies tuned into her Twitter space to hear what she had been dying to share for a very long time. In a brief statement, Bonang revealed that she had parted ways with a management company and had involved her lawyers to look into a possible case of criminal activities.

Space crashed….thank you to those who tuned in. 🙏🏽

Bonang was managed by a company named CSA (Celebrity Services Africa) Global but she did not mention any names. Shortly after her space ended, the company took to Twitter and even tagged Bonang and said she is making false accusations by spreading half-truths. They also claimed that Bonang had been in breach of numerous contracts for the past 6 months.

“For the record, @Bonang Ms Matheba is currently in breach of multiple contracts with various clients as she has been derelict to these brands and indeed her own for the past six months. There is no merit in these scandalous allegation, we look forward to the day in court with @Bonang; exposing the false and half truths that she has been spreading.

“We are currently awaiting a response from @Bonang’s lawyers on legal letters already sent,” the company concluded.

For the record,@Bonang Ms Matheba is currently in breach of multiple contracts with various clients as she has been derelict to these brands and indeed her own for the past six months.

In 2017, Bonang parted ways with her team at DNA Brand Architects after a five-year partnership in the hopes of going global. The decision was amicable as she was looking to expand her brand to the global stage. She then joined CSA.

B trended the entire day – since yesterday actually as the build up to her big reveal had people awake during the early hours of the morning, wondering is she would changer her mind.

@RealXavier011: Bonang disappears for years and comes back tell us she canceled the contract of a company we don’t even know. Can we have a company name.

SithaleKgaogelo: Make sure you use allegedly.. we don’t know what Bonang is talking about, what we know is that she doesn’t waste time when serving lawyers letters.

@MpumNgwenya: Yeah no, Bonang is on her own level. I don’t see another SA celebrity having us on a chokehold like this during working hours.