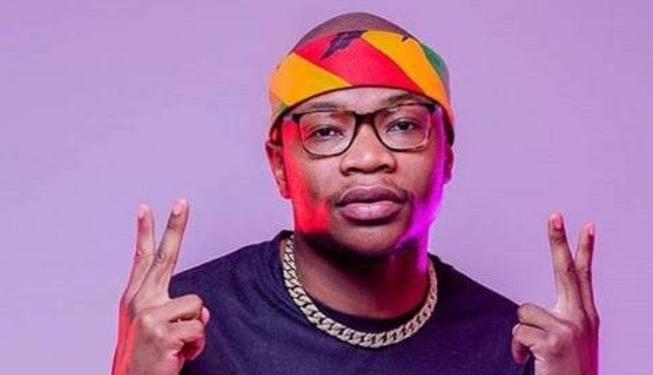 The award-winning DJ gave away 500 to 8 people in celebration of his verification.

He tweeted: “To Celebrate My Verification I’m gonna Choose 8 People and Send R500 Ewallet Each all you have to do now is to tweet #ShineYourLightMasterKG I’m gonna choose the tweet with most likes Lets gooooo!!!!”

Even though many were happy that the DJ is finally verified, some were not very impressed, FreemanAka responded: “Now it’s time u also verified Nomcebo’s bank account @MasterKGsa”

Master KG was dragged on Twitter a few days ago after Nomcebo Zikode released a statement claiming that she has not received a cent for the popular hit song Jerusalema.

In the statement, Nomcebo said she has taken legal actions.
“Thank you to all the fans of #Jerusalema, you have made my dreams a reality, with attaining a global hit song. My voice and lyrics have transcended globally, but I still await what is due to me…I have not been paid a cent by the label for #Jerusalema despite the song’s global success. I have been ridiculed, with efforts to marginalize my contribution.

“The continued love and support from the fans of #Jerusalema have been her strength and anchor during this difficult time. I, as a female artist, can’t stay silent on this anymore. The matter is now with my lawyers,” the statement read.

Clearing his name, Master KG responded to the claims saying: “Agreement Of Jerusalema Is 50/50 Between Me And Nomcebo But Wants 70% and I Must Get 30%”

He also revealed that he has not been paid for Xola Moya Wam.

“Can you confirm that you received R1.5m so far from Jerusalema? and before I explain many things you guys haven’t paid me for Xola Moya Wami…And again, Nomcebo can you tell these people that you are demanding a bigger percentage than mine on this song?”

Who said the song made 3M???You Don't even Know if the R1.5M I'm talking about Is for Publishing or The Master yet You Concluding Things…Anyway I Believe When The Time is Right Everyone will know the truth Thers Nothing to Hide Here Im Tired of Being Hated for lies. https://t.co/T0llp2vIxa

In another tweet, Master KG said Nomcebo started running to the papers after he started his tour a few weeks ago.

He said: “Last year Nomcebo started Jerusalema tour without me and I never had a problem and a few weeks back I started my tour and then Nomcebo went to the media and created a story that I’m leaving her behind … I don’t really know why things must be like this.”

Last Year Nomcebo Started Jerusalema Tour Without Me And I Never Had A Problem And Few Weeks Back I Started My Tour And Then Nomcebo Went To The Media and Created a Story That I'm Leaving Her behind…I Dont Really Know Why Things Must Be Like This pic.twitter.com/94G50TOrLF