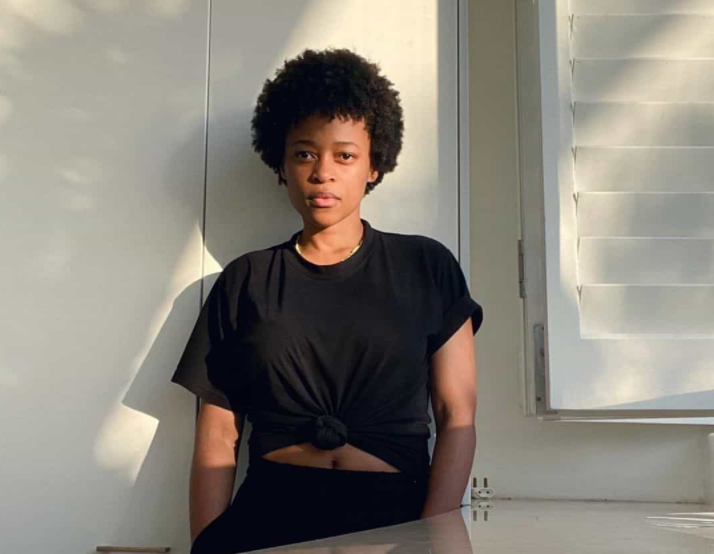 Congratulations are in order for actress and television producer Mmabatho Montsho who graduated after obtaining her Master’s Degree in Screen & Script Writing. Her partner and political leader Mbuyiseni Ndlozi shared snaps from her graduation ceremony. “Congratulations on attaining your MA in Screen & Script Writing My Dearest Thespian,” posted Mbuyiseni.

Mmabatho first announced the news in March 2021 in a social media post that has since been deleted. We’re under the impression that at the time she had just completed her qualification and the official graduation is only taking place now.

“Over a year and some dramatic synchronicities later, the kid finally arrives. Lighting a candle of gratitude,” she shared the exciting news. Her fans, family and friends in the entertainment industry congratulated her on the major achievement.

In an exclusive interview with Careers Mag earlier in the year about her illustrious career, she said that the Arts industry in South Africa needs more support.

“The arts industry needs support literally from grade Zero. I was just speaking to one of the guys on set right now that there’s a huge part of the education element that’s missing. From the beginning when you’re young and you understand the value of it in society as well,” she said.

She added that films need a lot of money to create and promote.

Opening up about her future aspirations, the star said that she still has a lot of stories to tell. “I’ve got lots of stories that I still want to tell. In terms of filmmaking, one of my favourite directors is Pedro Almodóvar. I like the way he speaks about women in his stories. He’s got a way of telling women’s stories that is right.”

Mmabatho is best known for her acting skills. She starred in big productions such a Generations, Rhythm City, and Jacob’s Cross. Mantsho’s credits as a director include Thula noThulani on SABC 1, e.tv Scandal!, Frontières, The Award Ceremony, Joko Ya Hao, Nothing for Mahala and much more. Last year Mmabatho was awarded the Golden Horn for Best Achievement in Script in a TV Drama and Best Short Film at the Worldwide Women’s Film Festival in Arizona. Our fave is aiming for the stars.

Tributes Continue To Pour In For The Late Mahotella Queens Member