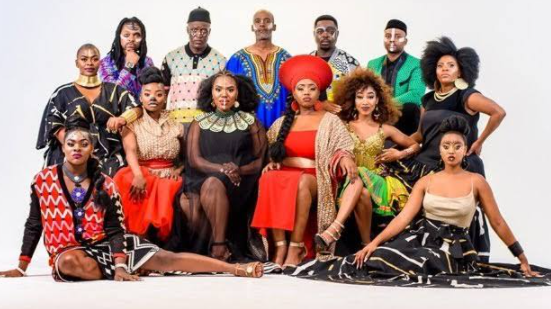 This Friday, Uzalo viewers will get to meet the newest cast members of the show Nothando Ngcobo and Andile Msomi.

According to entertainment commentator Phil Mphela, Nothando Ngcobo will be playing the character of Hlelo and Andile Msomi will play Mthunzi.

“Andile will play a manipulative man Mthunzi. The pair will make their debut on the @Official_SABC1 soapie on Friday 20th.”

The pair will make their debut on the @Official_SABC1 soapie on Friday 20th. #KgopoloReports pic.twitter.com/kp2NGLjAlX

Nothando is popularly known for her role on Lingashoni.

She is also a Simon Sabela Award nominee, she was nominated for the Best New Comer In Film back in 2017.

“Wow I swear GOD is something else!!!! I’m nominated for a SIMON SABELA AWARD my 1st ever tv award nomination for a film that’s not even out yetBEST NEW COMER IN FILM! GOD IS GOOD. YEAR MADE! I’m not even done with my theatre training. GOD THANK YOU SO MUCH FOR LOVING ME SO DEEPLY! This is amazing! Ungithatha la! Angibeke le! Angisuse la! Angibeke le! ” wrote Nothando reacting to her nomination.

Uzalo’s spokesperson Nomfundo Zondi told Daily Sun that Nothando portrays, “A broken young girl with a thick skin that was hardened by challenges of living in the street but she is ready to fight and embrace the new chapter of her life.”

She said Andile’s character Mthunzi. “portrays himself as someone who provides refuge to those who feel rejected in life. He is charming at first sight but he is manipulative and he will try y all means to conceal his secret taboo relationship with Hlelo, whom he has convinced she’ll never escape the life of poverty.”

More good news for Uzalo viewers, the popular Gabisile played by Baby Cele will also be back this Friday, even though the show’s previous statement announced the end of Gabisile, It is clear that there has been a change of heart.

The statement read: “Baby Cele and Siyabonga Shibe be will indeed be leaving the show by the end of season six of Uzalo. The story has taken this direction and will give us a riveting, high-stakes ending for both characters. The decision was made in consultation with the two actors. Both have given a tremendous amount to their roles on Uzalo and we are forever grateful for that. We will be introducing a host of new characters played by South Africa’s best. Please stay tuned and see as the story unfolds.”