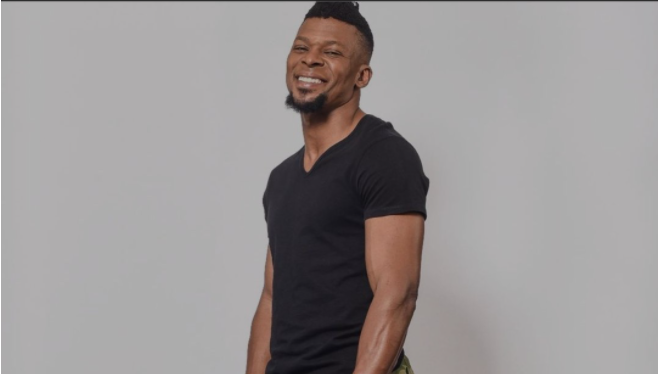 Generations The Legacy actor, Vuyo Dabula who plays the role of Kumkani “Gaddafi” Kumkani is a heartthrob and it is mostly because of his physique.

The actor is always on the Man Crush Monday (MCM) list for many South African women, but he has recently confessed his love for Sha’Carri Richardson, an American track and field sprinter who competes in the 100 meters and 200 meters.

Of course the actor is a married man, but we reckon his love for Richardson has more to do with her physique and her athletic skills.

Taking to his Instagram, Vuyo posted a video of the sportswoman alongside a caption that read “I’m in love.”

In 2019, Richardson rose to fame as a first year at Louisiana State University, running 10.75 seconds to break the 100 m record at the National Collegiate Athletic Association (NCAA) Championships. This winning time made her one of the ten fastest women in history at 19 years of age. Just two years later, Richardson ran a new personal best of 10.72 seconds, becoming the sixth fastest woman of all time and the fourth fastest American woman in history. However, at the beginning of this month, it was reported that she had tested positive for a substance that is the main psychoactive component found in marijuana, this after her 100 m final at the U.S. Trials, invalidating her results and making her ineligible to compete in the 100 m at the Olympics. After successfully completing a counseling program, she accepted a one-month period of ineligibility that began on June 28, 2021.

In February this year, many women were heartbroken after reports that he would be leaving Generations:The Legacy. But he vehemently rubbished those claims, saying he is staying.

The actor said in an interview with Drum that he was as shocked as everyone when rumours of him leaving the soapie for Netflix’s Queen Sono started doing the rounds. He was even perplexed when he found out he’s joining Uzalo amongst other shows. Reports of him resigning emerged when sources mentioned that the actor had to choose between Generations The Legacy and the Netflix show.

“I am staying. There are a whole lot of stories around this. It is a bit bizarre, the idea that I am leaving Generations has been preceded by other new that have been circulating that I am leaving South Africa.

“The fantastical one, the grand one was that I was going to work with 50 cent on Black Mafia Family. It is certainly exciting to read.”

Dabula has been playing the villainous role of Gaddafi for over 5 years and he’s still a fan-favourite amongst his male and female fans. This is what the actor said about joining the second most watched soapie in the land.

“Just from the audition, I remember saying to myself on the first day on set and I was next to Ronnie Nyakale and thought, What am I getting myself into? *chuckles the actor.”