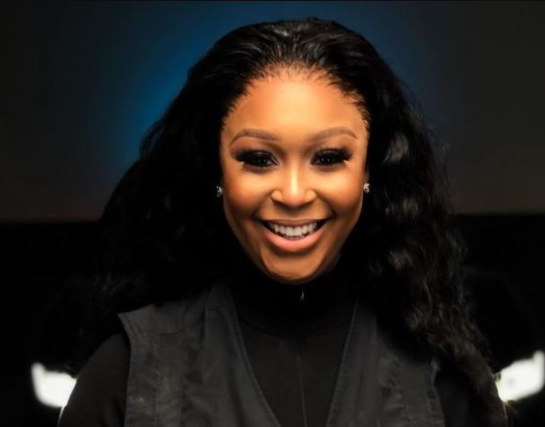 TV personality Minnie Dlamini is officially back to acting. The TV star recently shared the news on Instagram.

Minnie said she is currently working on a chick flick film with other talented women.

The actress and producer did not give out too many details about her new gig.

“I am finally back to acting,” she wrote announcing the exciting news. She continued to say, “Makeup and hair test…Been working really long hours rehearsing, wardrobe, character development!!!! ”

Taking to the comments section to congratulate Minnie, Legendary actress Nthati Moshesh wrote: “I’m beyond happy for you my dearest @minniedlamini. I remember your words on how much you LOVE acting❤️”

Minnie’s film titled Goodbye Gogo was released on Showmax this week. Minnie said this was one of her proudest moments.

“One of my wildest dreams came true today and there’s more to come,” she expressed her excitement on Instagram.

The star also gave credit to her crew and cast team for making it happen.

“So proud of everyone who made this film happen from our legendary lead @mtshalijones as our matriarch to the incredible cast. Thank you to my @beautifuldayproductions crew I love you ALL. @khayamthethwa came through with the score (we always spoke about me making movies and him doing the score when we were kids and it happened!”

Minnie has another show that is set to premiere on Channel O. She recently announced that she was looking for inspiring TV personalities for a new show.

“Do you want to be on TV? Grow your social media following? Flex your presenting skills, all while watching your favorite music videos from around the world? Now you can with Own The O!” she wrote.

Minnie has been doing some amazing job behind the scenes under her company Beautiful Day Productions.

“If someone had to ask me who I am, I am a storyteller. It’s what I love most about life and how my ancestors passed on our history and lessons that the next generation needs to learn. I am so blessed that I get to express this passion of mine in multiple mediums.” She said.

She added: “Here is one of my hidden (not anymore) talents. I created a beautiful story about love that transcends racial prejudice. I got to work with my genius brother @junkieflo who with a talented team of writers brought our story to life in the @kyknettv movie called PA. It’s always about breaking the mould and not allowing myself to be boxed into a category.”