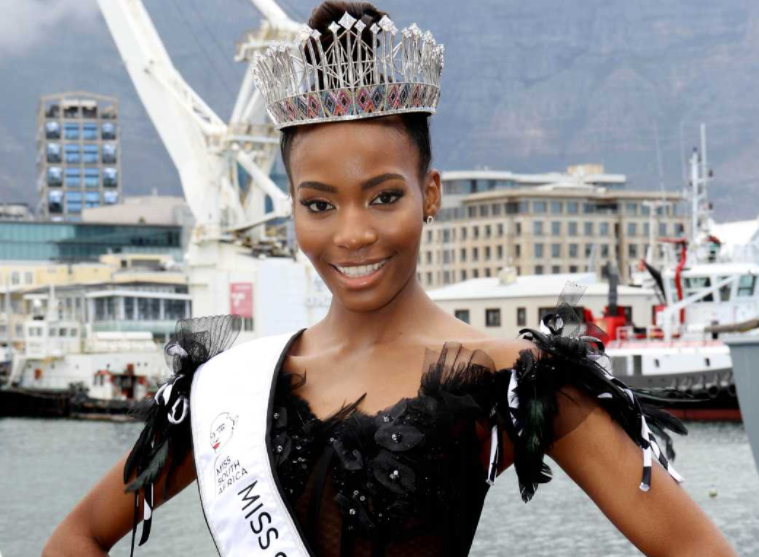 This past weekend a new Miss South Africa was at the glittering pageant finale held at Grand Arena, GrandWest in Cape Town .Hailing from Richards Bay, Lalela Mswane graduated with a Bachelor of Law from the University of Pretoria, she is also a model and a dancer. Lalela has revealed that she wants to tackle unemployment during her reign.

Lalela’s first day as Miss SA 2021 was jam packed with activities and appeared at a press conference with the pageant’s runners-up Moratwe Masima and Zimi Mabunzi.

Mswane outlined what she would like to achieve in the year of her reign. “During the journey towards this title, I made unemployment the cornerstone of all the causes I care for because it not only affects our youth but is the source of many of the social ills so prevalent in South Africa. It is now my duty as Miss South Africa to ensure that I start the conversation about unemployment amongst our youth and seek meaningful solutions which will have long-lasting effects towards its rebate.

“My campaign aims to offer support to young people to assist them to create their own employment opportunities by means of entrepreneurial skills and, in doing so, empowering them to be self-sufficient and to secure their own economic futures. I neither take the magnitude of the task lightly nor for granted because I know unemployment is a complex issue. But action towards its reduction is necessary today more than ever. Let us get ready to create and build healthy and sustainable entrepreneurial opportunities, take ownership of and shape our own futures. There’s never been a better time to do so,” she concluded.

She expressed her gratitude for being the new Miss SA. “I really wasn’t expecting it, which is why I started crying (when I was crowned). I was so shocked because I was already so fulfilled and blessed to have made top three. So, for me, taking the title is genuinely just the cherry on top,” Mswane says.

“My role now to encourage, to inspire, to give hope and to continue to work and build onto the legacies of Miss South Africa’s past. I intend to live by every word I have expressed and to serve, lead and represent our beautiful nation to the best of my abilities,”

Mswane received R1 million in cash as well as a further R3 million worth of sponsorships and prizes, including the use of a fully furnished and serviced apartment at the luxurious Central Square Sandton, with fabulous interior décor by Vursa, and a Mercedes Benz C-Class Sedan for the year of her reign.

These Top 3 will represent South Africa at the world’s three most prestigious pageants – Miss World, Miss Universe and Miss Supranational. The person going to which competition will be revealed in coming days as the Miss South Africa Organisation decides which candidate would do the best at which pageant.