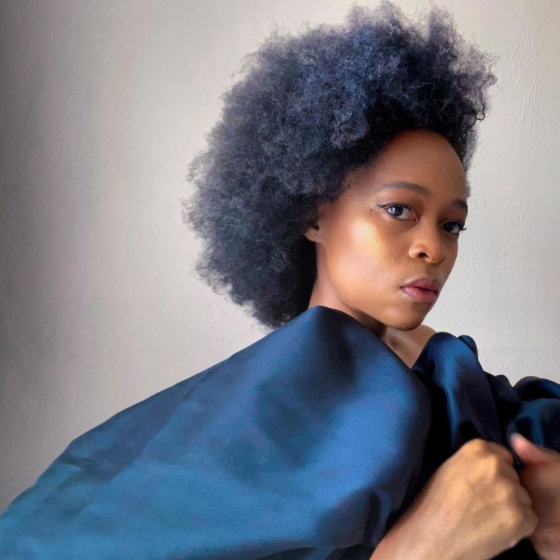 Actress and award-winning film producer, Mmabatho Montsho is very opinionated when it comes to issues affecting the entertainment industry.

Mmabatho appears to be a voice of reason when it comes to standing up for the industry as she often uses her platforms to take up for her and her show biz colleagues when push comes to shove.

The star, however, also remembers to have fun along the way. We are sure today she is having so much fun, as she celebrates a big milestone in her life.

The media personality has been in the entertainment industry for more than a decade and she is making strides as an actress and director. She was in the highly successful box office hit, Happiness is a Four-Letter Word. While speaking to Sunday World, the actress revealed her plans to change the status quo.
“I experienced barriers based on matters such as gender, earnings, budget and not being allowed to tell stories except those female related,” she said.
She then went on to say that women have the potential to tell men’s stories with the same vigor and intensity as their male counterparts.

Mmabatho has no chills

Mmabatho Montsho, slammed President Cyril Ramapho’s State Of The Nation Address (SONA) speech in which he did not mention anything about tackling the entertainment industry woes facing creatives.

This ruffled Montsho’s feathers and she swiftly penned down a scathing letter lambasting the President for not taking accountability for the entertainment industry problems.

In her letter, she said “Black filmmakers, black women filmmakers, in particular, should not have to negotiate their souls in order to have access to tell our stories and still make ends meet. You have not prioritized the SABC which has been in limbo for years. Black practitioners have sat in their homes, in the dark, with no food on the table, while the country watches content they created without getting paid”.

While most dreadlocked residents of Gauteng walk around in fear of literally having their hair snatched, Mmabatho Montsho is out here doing arts and crafts with her old hair.

She took to Instagram to share a picture of her ‘crown’ and I don’t mean that in the traditional, euphemistic sense either. The actress and director literally made a crown out of her old dreadlocks that had been chilling at the bottom of her cupboard waiting to get re-attached to her head.

Mmabatho says it wasn’t her

The Twitter account @Mmaps_ThePro is known for stirring drama and sharing controversial thoughts and not everyone is aware that the actress is not the one tweeting.

Mmabatho showed off by her man

Congratulations are in order for actress and television producer Mmabatho Montsho who graduated after obtaining her Master’s Degree in Screen & Script Writing.