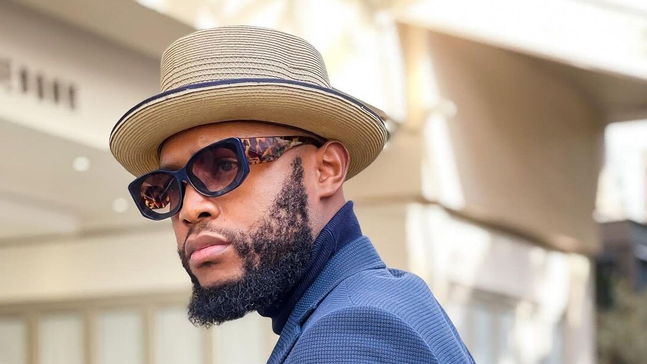 After a week of making headlines for all the wrong reasons, Mohale Motaung had some good news to share with his fans.

The actor and businessman has been nominated for the Africa Choice Awards in the male personality of the year category.

Mohale spent Wednesday morning thanking social media users who sent him their good wishes following the news of his nomination.

While the young star might not be as famous as those nominated alongside him, he has endeavoured to forge his own path following his “famous by default” status, thanks to a very publicised relationship with popular media personality Somizi Mhlongo.

Over the years, Mohale has gone on to add model, social media influencer, reality TV star and actor to his CV after starring in MTV’s “Shuga” and “Rhythm City”.

The nomination comes after Mohale confirmed that he and his estranged husband Somizi were divorcing.

The estranged couple found themselves in the spotlight after allegations of abuse were made public.

They made headlines after reports stated that Mohale had accused the “Idols SA” judge of abuse in an interview he apparently did with producers of the reality show “Living the Dream with Somizi”.

Mohale told producers that Somizi tried to kill him with a kitchen knife and struck him off the road with his car while he tried to flee.

The couple had been arguing about Mohale’s alleged cheating.

Somizi addressed these allegations by saying that he would refer the matter to his lawyers and confirmed that he wanted to finalise his divorce from Mohale.

In response to the happenings of last week, Mohale issued a statement of his own.

“I wish to make it clear that it has never been my intention to have the private details of my marriage exposed in the public nor will it ever be my intention to cause disrespect to his (Somizi) image,” he stated.

He then clarified the circumstances surrounding the audio recording, saying that it was privileged and he “trusted the person with whom I was engaging”.

He also addressed the abuse allegations, saying: “I did in fact experience abuse at the hands of my estranged husband, both physical and psychological.

“It is not my wish to see-saw my experience against his as he only has his conscience to reckon with,” he added.

Lady Du On Being Depressed And Suicidal