Mona Monyane Is NOT Tryna Look Cute For Anybody

Mona Monyane Is NOT Tryna Look Cute For Anybody 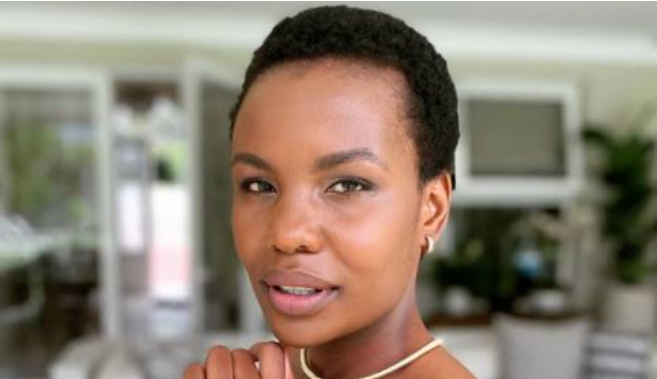 Actress Mona Monyane has told the men that are flooding her DM’s on Instagram to stop sending her messages.

She called these men out and said that just because they have been seeing a few videos of her twerking here and there does not mean she wants attention.

She said, “Sirs, a few videos of me twerking a single butt cheek at a time and you flood my inbox?

“Sir, do you see how I show up on these social media streets? This is me on a regular, cause I don’t get paid by Instagram to look cute all the time and post pictures using my own data and mobile device, so I’m not gonna pressure myself to incur costs just to use my voice on a platform,

“I talk to my QUEENS as I come, when I feel like it, how I feel like it. So if you see a sista posting a cute video or pic, that’s NOT for you my brother. That’s just so that my girls can remember that she ain’t like this ALL the time. She could hang, she could get invited to lunch, a show, book a gig etc…You know what I mean?

“But at NO point am I trying to look cute for you. Not at any juncture or avenue. So please, respect what I’m about on this platform and go slide into the DMs of others. Cause she isn’t here for all that. All the best in your quests though my brothers ✌Peace,” she said.

Mona is not one to shy away from speaking her mind and has been giving us her thoughts and opinion on a variety of things. She loves being herself and we love her for it.

Mona was previously married to Scandal’s Khulu Skenjana and they divorced last year.

At the time. Mona took to Twitter to announce their separations but still maintained that Khulu is her soulmate. She said, “My husband and I have parted ways. I know this will come as a shock to many and I ask that you continue to believe in love and family. The battles we have met have been difficult to overcome together and I ask that you respect us by not sensationalizing our separation”.

Mona also shared that she was happy Khulu was the one she had kids with, “I had babies with my soulmate. I wouldn’t change anything.”

True to the person she is, Mona also opened up and said that every relationship she has been in has always been serious.

“I could give a masterclass on “bekezelment”, ke re bona mo! “How to tswara the thipa 101″. I have BEEN the relationship girl, I have ONLY done serious relationshipping. Lovie! If you want to know how to bekezela come here! Just know one thing… it is NEVER worth it,” she advised.

She also advised women to trust their instincts as the saying goes, don’t let them show you the real them twice.

The fact that Mona is shushing man out of her DM’s is definitely not coming as a surprise. Gents, let the woman breathe, stop suffocating her because one thing we know about Mona, she may not mention your name but she will put you on blast so respect her.