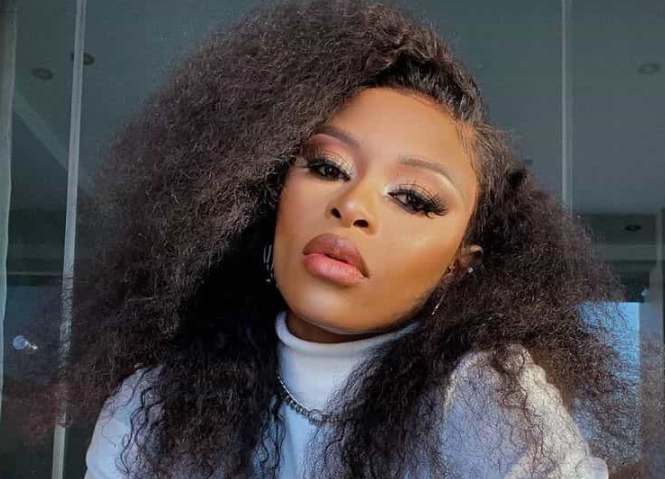 Africa’s number 1 DJ reportedly gave birth to a healthy bouncy baby girl this week at a Johannesburg hospital. Dropping some hints that indeed the baby girl has arrived, Zinhle expresses her gratitude in the early AM’s.

The early morning’s during her pregnancy were preparing her for when the baby arrives, as she constantly complained about them. DJ Zinhle took to Instagram at 3AM to share that she was awake and was thinking about food. But the doting mother of two girls said she is grateful. 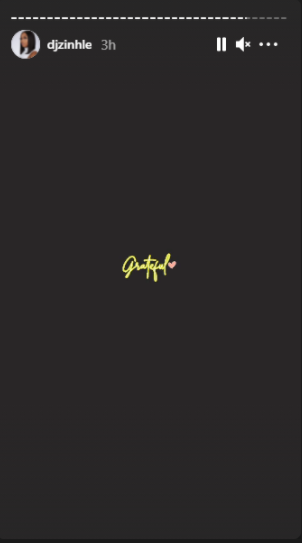 Various publications reported that the entrepreneur welcomed a baby girl the day before she dropped her maternity photos. So that would mean that she gave birth on Wednesday, September 8. Sunday World reported that Zinhle gave birth via c-section with her bae right by her side.

Only close friends, family and some crew members who re part of her upcoming reality TV show, DJ Zinhle: The Unexpected, have been informed about the new arrival and she plans on announcing the big news when the time is right.

The baby’s name is also something they both announced when they shared photos of their maternity photo shoots. Asante, which is believed to be a Swahili name, is what they have named their baby girl. Bongani ‘Murdah Bongz’ Mohosana posted the picture where they are both wearing black head to toe and accompanied it with a short caption which translates to, “you stole my heart.” Behind them is the baby’s name written boldly in gold and it is Asante. DJ Zinhle even confirmed the name in the comments section.

But it was Kairo Forbes’ post which kind of gave it away. The big sister hinted that her little sister had arrived as she said she was “Reporting for BIG SISTER duty!” They too had their own little photo shoot but they were dressed in white inside the baby’s nursery room.

Kairo will get to meet her baby sister when they arrive back home at the end of this week. This according to a close friend who told Truelove that they will be arriving end of the week. “She will be home by the end of this weekend. She will slow down and not work as hard as she always does. Bongani is also hands-on and equally happy to have a baby girl,” the friend told the publication.

“She’s already a mother, but she can’t wait to do this all over again. She’s excited to see how her girls will get along. That’s one of the things she has always talked about, even during her pregnancy,” the source added.