Mpura and Killer Kau Involved In A Fatal Accident? Kabza Is Alive

Mpura and Killer Kau Involved In A Fatal Accident? Kabza Is Alive 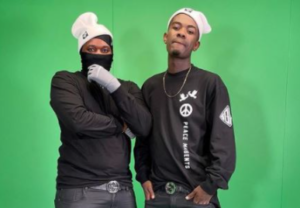 Kabza De Small has been subject to what we can call a death hoax this afternoon and some tweeps are fuming.

RIP messages have been circulating but Kabza put those rumours to rest and tweeted, insinuating that he is indeed alive and well.

But a twitter user tweeted, “Someone has passed away in the Amapiano frat. But seems like killer kau and Mpura were involved in a fatal accident but other tweets are insinuating that it’s Kabza…waiting on official statement”

People are now insinuating that it is Mpura and Killer Kau and messages have been pouring in. These are some of the reactions:

“Just saw a post saying “Thank God it’s not Kabza” Is that even something to be thankful for? Mpura and Killer Kau were also people for heaven’s sake”

“Amapiano artists really can’t go straight to the point just like their lyrics, now they are all posting emojis on all social platforms and people must find out for themselves about what happened to Mpura. Now Kabza is also trending. si konfused”

“So vele I started saying RIP to Mpura and Killer Kau because of Lady Du’s post, only for her to delete it. You guys like playing with my sensitive heart. I’ll wait for Phil Mphela to confirm it!!”

“MPURA can’t die ! Trust me you’ll see it’s not true. Probably he is in hospital recovering but the “RIP” tweets , I’m not joining that train until confirmation from the family. MPURA ke kleva! Can’t die won’t die”

“Not Mpura or Kabza guys , I refuse, it can’t be, why is God doing this to us??where did we go wrong”

“Social media and announcing people’s deaths before all loved ones and families are notified is just wrong. This Mpura and Killer Kau situation is proof of that. We have become a generation of zero empathy?”

“Didn’t know Mpura personally but I, along with the rest of Mzansi, knew his work and the evident work ethic. Delivering hit after hit, putting AmaPiano lyricists on the map. I send my condolences to his family and to his friends who knew him and have lost a brother”

“Guys I HOPE these is just a stunt by amapiano artists to give amapiano an attention since bo Jorja Smith are stealing it. check no one actually said “R.I.P” they all using emojis and riddles. I pray no one died”

“Basically, every week there’s gonna be a death that freaks everyone out?
Mpura and Killa Kau had so much to give to the world and now their dreams don’t matter anymore”

Mpura’s yanos friend Mr Jazziq seems to have confirmed that the rising star has passed on. He tweeted:

Lost a real one! 🥺❤️ pic.twitter.com/70XauLuFsr

A screenshot of what people are saying is a confirmation is also circulating on Twitter but Lady Du’s Instagram feed does not have the said post. It seems she has taken it down. 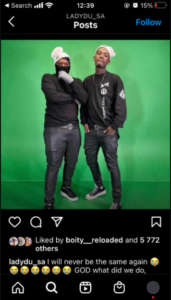 What do you guys think? Is this true?