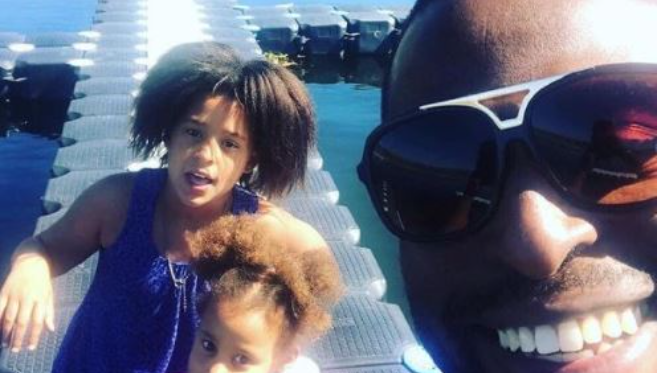 The funeral of Mzansi’s most loved actor Mutodi Neshehe was held at Daxo Wigeheuwel Church in Honeydew on Thursday, 8 July.

Alexis said, “I will forever miss my dad. I will miss the sushi dates. I will miss our hugs. I will miss the way he looked at me. I know he was preparing for this. I love you, dad, so much and I will be a good big sister. And I will look out for my mom. She won’t be able to date anyone…”

Sadeen said, “When I first heard the news of my father passing, I was heartbroken, I wanted my dad to live with me and all of us until all of us died together — that’s all I want, I just want my father back. I truly miss him … I truly love my father and just want him back.”

Mutodi’s wife Leslee Neshehe said in a voice note, “I am going to attempt to do the speech because Mutodi always wanted me to be strong and independent…my journey with Mutodu started about 20 years ago in America. One night I was out with my friends and this tall, handsome guy with this beautiful smile walked in. When I saw Mutodi, we walked straight to each other. We were inseparable from that moment.

“The next morning, when I woke up I realised that I had fallen in love with an African man. It was truly love at first sight. I was not quite sure how I was gonna deal with this because I was from the South of America where it can be quite conservative so, to be honest in the beginning I tried to run from Mutodi…but it wasn’t long till we started dating and I gave in to my heart.

“As dynamic and gifted Mutodi was, he struggled as a foreigner in America. After dating for a while, he asked me to move to South Africa with him. I told him that I would come and visit (which I did) and after that several months later I moved to South Africa. It was September 13th 2004 and I landed on September 14th,

Leslee also said that her love for Mutodi has always been very deep, ” we started our journey here and it was quite an adventure, to say the least. I experienced big city shock, culture shock but as long as we were together that is what mattered to me. Next thing Mutodi is acting in adverts and TV shows and we were going to red-carpet events and I am seeing us in magazines and in newspapers and to be honest, it all seemed like a dream…for the next 10 years or so, it was like that”

She opened up and said after that period, there was a shift and she did not understand what was happening, “I would look into his eyes and I would not see the guy that I knew. I was devastated, to say the least,” She said they went through several years where things were rough but on the 3rd of November 2020, they started a process of reconciling…they had conversations that they needed to have and went out on dates again and went out as a family.

Mutodi was scheduled to move back into the family home on July 1st but he fell ill 14 days before. Leslee and the girls were nursing him back to health where he stayed but Mutodi took his last breathe at 7:10 on the very day he was supposed to move back in.

Leslee said that she was not with Mutodi because he was famous but perhaps she was with him because he was a handsome man. She promised him to take care of their children and to finally register as a psychologist, something that initially out a rift between them.

Taking to Instagram, Leslee said under a picture of their traditional wedding, “Our traditional African wedding. I crossed the sea for this man. I loved him. ❤️ I am thankful that I was with him till the bitter end trying to help him fight for his life. If he did not already know that I loved him then he had to know after all of this.”

Watch the rest of the service here:

Our hearts are with Leslee and the rest of Mutodi’s family and friends. May they be comforted that he is now an angel and is looking out for them. Rest in eternal peace Mutodi Neshehe.