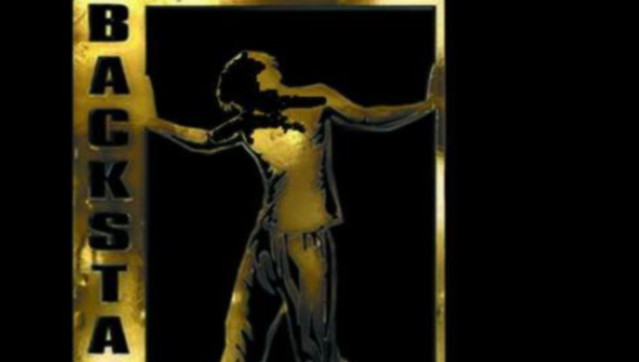 Remember Duke from Backstage? Actor and comedian Trevor Gumbi shared a snap with him on set. Trevor’s followers, including Minnie, were all excited to see the great Duke. Portrayed by Carlo Radebe, the actor has been keeping a low profile since the E.tv drama ended. He has had brief roles in Isibaya, Isidingo, Generations and How to Steak 2 Million which aired in 2011.

Backstage was a South African youth drama produced by Bottom Line Productions. It is set in the fictional college, Vulindlela – a performing arts school in Johannesburg. It aired from 2000 u until 2007. It aired on weekdays at 18h30.

Backstage is described as a youth-soapie in which young adults from different backgrounds in South Africa come to a college of performing arts in Johannesburg. The drama follows the different characters as they experience challenges as young adults and performers. Besides the challenges that come with their industry, the storyline revolves around their personal lives from love to betrayal. The college head was Grace Mahlaba’s Ipeleng Theledi deals with the pressures that come with her profession as well as the diverse personalities of the students.

Carlo Radebe was born on August 30th in Soweto. He attended high school there and matriculated from Sacred Heart College in Johannesburg. He then studied drama at the technikon in Pretoria.

Speaking about Trevor Gumbi, the star, like many South Africans, has been deeply affected by the passing of Shona Ferguson. The two worked closely together on the new season of Rockville. Taking to social media, Gumbi thanked Ferguson for everything he has done for him and his family and added that he will cherish all the moments they have shared.

“#RIPShona I will always cherish the moments we had together, your teachings and your brotherly love. I can’t ever repay you for all you did for my family and I. I will keep your family in my prayers. You are a giant amongst men Shona Ferguson.”

According to reports, Shona will be laid to rest this Wednesday at a private funeral attended only by close family and friends.

“The Ferguson family would like to confirm that the late Shona Ferguson will be laid to rest in a private ceremony attended only by family members on Wednesday, 4 August 2021.

Details of a memorial service will be communicated at a later stage and all the necessary arrangements have been finalized.

We would like to thank our friends and the public at large for the kind words of comfort during this difficult period.” Read a statement from the family.