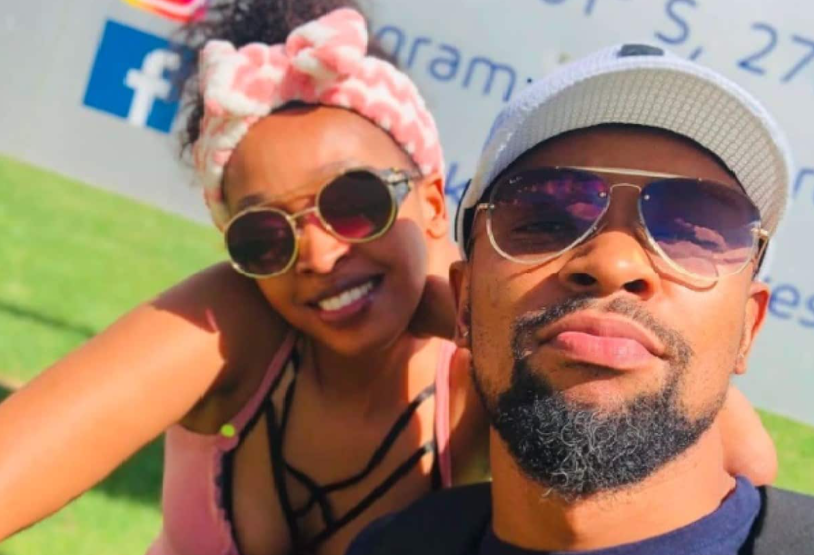 After weeks of speculation, it seems as though the relationship between The Queen actor SK Khoza and dental practitioner Ayanda Hlongwane has reached it’s end – that’s if she chooses to leave the actor, who is accused of beating her. The reason why the ‘couple’ unfollowed each other has now become clear and it has to do with gender based violence.

SK Khoza trended as Mzansi attempts to cancel him once again. It is alleged that SK Khoza physically assaulted his ex-fiancée Ayanda Hlongwane. The news broke after Sunday World reported that he had been arrested after Ayanda laid charges against him.

The actor allegedly got arrested and made an appearance at the Randburg magistrate court on October 13, where he received bail of R2 000. He is reportedly charged with assault with ‘intent to cause grievous bodily harm.’ Ayanda allegedly sustained injuries after being ‘beat, kicked and dragged on the floor.’

On social media, people are speculating that they had a fight after Ayanda accused SK of impregnating another woman. The couple was planning their wedding when this happened.

The incident allegedly took place at the couple’s apartment in Fourways, last Friday.

SK Khoza is said to have broken the furniture and Mandy has suffered bruises on her face as a result of the attack.

Mandy has called of the engagement, allegedly. pic.twitter.com/AgVZdmUi4Y

Ayanda has not said anything on her social media, but a follower said sorry to her for all that she has gone through. She responded by saying “Thank you.” 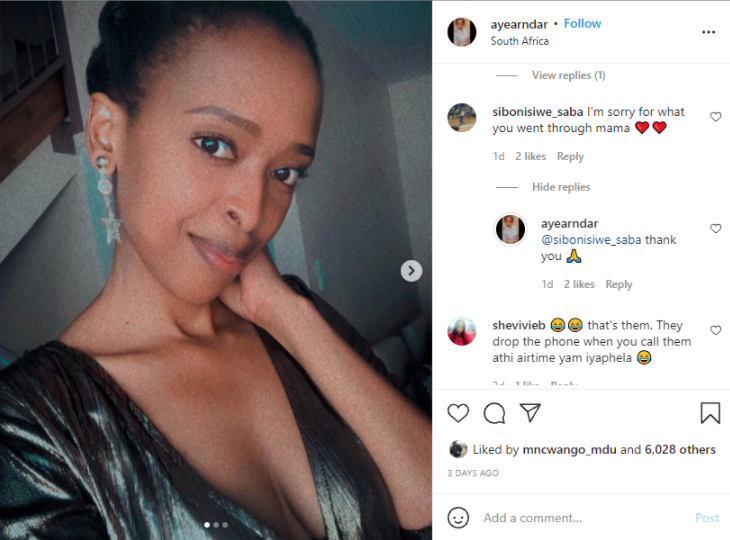 Tweeps have been having their say about this incident, with people wanting to cancel him and the other wishing to hear his side of the story. Here’s how people reacted to this:

@Facelessmee1: “Let’s wait for the court day to hear his side of the story…Good man have perished because a woman was believed without a man side of the story ..she could have started the violence.”

@ledile0326: “Mara the red flags were always there. This lady agreed to the engagement after the video of SK was having fun with other ladies. She knew she was marrying isF**e se ndoda nje.”

@SueNyathi: “Why is this guy still getting screen time?? This is not his first run in with the law.”

@Batshidise: “Nothing shocks me about Shaka Khoza hey.”

@GodPenuel: “Whether true or not, let’s stop physically and emotionally abusing those we claim to love. This applies to both men & women. If you’re unhappy, find ways to destress without destroying property or hurting the person. Failing which, get therapy so you can find a way to leave.”

“Keeping things that break your spirit and hurt you inside is not always a good thing. I have come to realize that I have done so and I ended up not realizing that I was taking it out on my fiancé @Ayearndar whenever I do talk about what is affecting me I would not address it in a calm manner, and in turn, I didn’t see that I was hurting her and in a way, I was being emotionally abusive towards her.

“She has made me understand that just because I don’t physically abuse her, I was doing so with my words and I want to speak out and say I am sorry I didn’t address my problems and allowed them to overpower me. Emotional abuse is really not good, especially because it breaks the other person in a serious way. I am now working on myself and I am committed to opening up, communicating more, and talking about the things that affect me. I am working on being a better person and partner,” wrote SK.

The two have since deleted pictures of each other on social media and have unfollowed one another too.