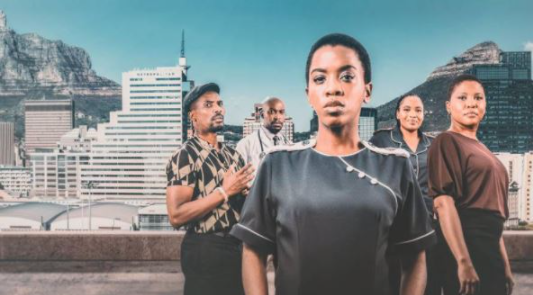 It has been announced that 1 Magic’s first original medical drama series will be launching this October. The show documents the tightrope that medical professionals walk every day, all while facing life’s everyday challenges. Set to debut in October, the drama is set in the fictional hospital of Healing Hands, where nurses and doctors dedicate their hours to save lives. Busisiwe, a new intern, comes across as nervous – but for reasons that have to do with her past that she is trying to run away from.

“Wounds is 1Magic’s first medical drama, and we pride ourselves in diversifying and growing the excellent local content slate we have for our viewers. It’s important that we keep pushing the envelope and challenge ourselves with each new show we bring out,” says Mnet’s Director of Local Entertainment Channels, Nomsa Philiso.

The impressive cast includes Samke Makhoba in the lead role as Busisiwe. She is joined by seasoned actress Ayanda Borotho, actor Buyile Mdladla, Talitha Ndima, Eve Rasimeni, and many others.

Busisiwe isn’t the only one battling demons. Her colleagues at Holding Hands Hospital all have wounds of their own that need healing. According to a press release from 1 Magic, “Their hands might be healing, but they can also bring harm to others, each other and to themselves? Will the nurses and doctors at Healing Hands manage to help those around them without letting their sometimes-shaky judgement destroy everything they’ve worked for?”

Ayanda Borotho, who is one of the leading actors in the show, recently shared some inspirational words on her social media, reminding her followers to look to the future with hope.

“If you give up when it’s winter, you will miss the promise of your spring, the beauty of your autumn and the fulfilment of your summer. There is a time for everything under the sun. And a reason for every season.

She added that how one reacts to every situation will determine the outcome.

“It’s not what they call you that matters, what matters is what YOU RESPOND to. It’s not where you are that matters. Where you are in this moment does not determine WHO you are or where you’ll end up. Destiny does not shift because we have lost our path. WHO you are doesn’t change because the world around you is falling apart. Stay rooted in every season. Don’t give up because of the last cold front. Spring is at your doorstep.” She concluded.