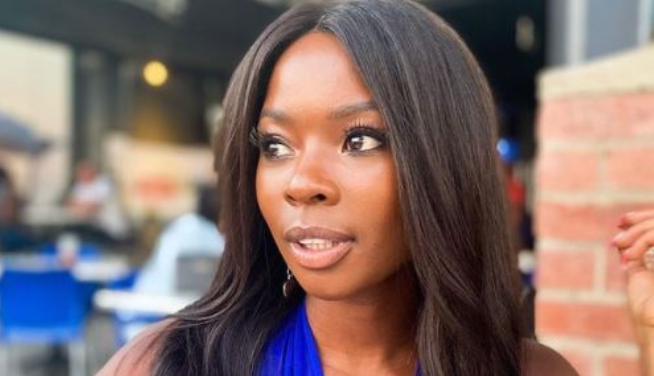 The Estate’s actress Nambitha Ben-Mazwi was assaulted this afternoon at Clicks, Chilli Lane after she went there to get the medication that was owed to her.

Nambitha took to Twitter to detail her ordeal after exposing the man that assaulted her. She said she reported the guy, Fundzer Masindi to his manager at Clicks but he still did not budge.

“They watched him try to intimidate me while I asked him to not come close to me aggressively. 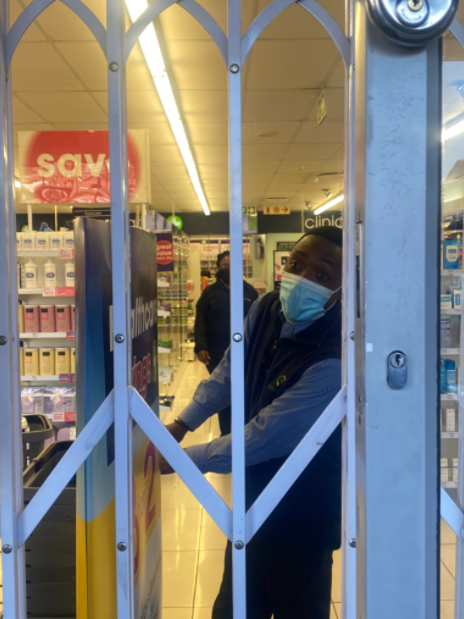 “For those with many questions. I earlier made mention of my fraudulent query I experienced from the clicks pharmacy. So went back today to get the medication owed to me that the head pharmacist apologised for. I decided to take a picture of him as I was unhappy with his conduct.

“That’s when he lost it. He started becoming aggressive, opened the gate, pointed at me and started to assault me verbally. A female employee tried to intervene and calm him down but he ensued. Anyhoo, I insisted he please call the pharmacist as I was there earlier to correct a fraudulent matter.

“When the pharmacist eventually came, he apologised and confronted the employee as to why he didn’t assist me. Upon my return, they seemed to be getting ready to close early. Not an issue as I merely asked for the head pharmacist who said I should come later. He was already very defensive to not assist me or hear me out as he was nervous (as am sure everyone is)”

Nambitha said she decided to walk away from him (Fundzer) as he was getting aggressive, “Reported him to his manager whom I got his name from. He even proceeded to shout in the background at me. It honestly saddens me. Because at no point is any man ever meant to come at a woman like this. Ever.”

“Will they do something about it? Honestly, during such times, I take it with a pinch of salt because we all going through the most. But I will never ever tolerate abuse of any kind,” said Nambitha

Clicks has responded to the matter and said, “Hi thank you for contacting us. Please send us your contact details and email address and we’ll escalate this to our team”

Tweeps came at Clicks for their response:

@MalaizoS said, “Next time you must learn to practise your theory (a customer comes first and a customer is always right) before she came to the public because of your ignorance and bedside’s you must learn your employee’s how to stay assertive with your customers”

Another tweep however defended the actions of Fundzer and said, “There is always two sides of a story. We go to the malls, shopping centres and we see how young black women treat male cashiers. Especially here in the north. So please…we know how our brothers are treated in stores on a daily basis. There is no way this guy can wake up, go to work just to verbally assault a lady…please!”