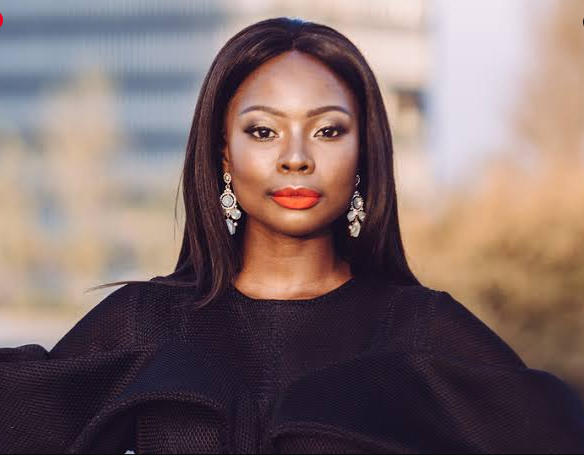 Without mentioning any names, the actress said she was a guest on a show when the hosts of the show decided to gossip about her while she was standing right there.

“Now I remember why I often don’t like associating with this industry. Also, what they said was a laugh too. Smh,” she tweeted.

Just wrapped a show where I was a guest… I got so disappointed by two celebs (hosts), who decided to do a quick gossip session about me while I’m standing right there. Now I remember why I often don’t like associating with this industry. Also, what they said was a laugh too. Smh

On a lighter note, Nambitha also announced that she has scored a new presenting gig. “A long awaited dream realised,” she wrote on Instagram announcing the exciting news.

The TV star has officially joined the supersport family as a co-host for the BrightRock Players Choice Awards 2021.

“The dream was always to host for my favourite sport, rugby, and to land on @supersporttv @superrugby. Mama, I MADE IT!!!! (My first call was to her and my brother as we are the three family rugby fanatics)”

She revealed that hosting has always been her passion. She also spoke about other presenting gigs she has had.

“For those who don’t know, hosting was my first love. Lady Nam was birthed on stage at the FIFA 2010 World Cup as the official MTN host, then New York took over, and back again as the E-Sports ESL Africa championships,” she said.

Fans have since flooded the comments section with congratulatory messages.

A few weeks ago, Nambitha was assaulted at Clicks. She said she had gone to get the medication that was owed to her.

Opening up about the incident, the actress said she had experienced a fraudulent query from Clicks Pharmacy. She then went to the store to sort it out, but she was unhappy with the staff member’s conduct so she decided to take a picture of him.

“That’s when he lost it. He started becoming aggressive, opened the gate, pointed at me, and started to assault me verbally. A female employee tried to intervene and calm him down but he ensued. Anyhoo, I insisted he please call the pharmacist as I was there earlier to correct a fraudulent matter.

She said the pharmacist eventually came and apologized and also confronted the employee as to why he didn’t assist her. “At no point is any man ever meant to come at a woman like this. Ever. Will they do something about it? Honestly, during such times, I take it with a pinch of salt because we all going through the most. But I will never ever tolerate abuse of any kind.”

So just got verbally assaulted by this gentleman (his name apparently is Fundzer Masindi) at Chilli Lane @Clicks_SA Sunninghill. Reported him to his manager but zero. They watched him try intimidate me while I asked him to not come close to me aggressively.