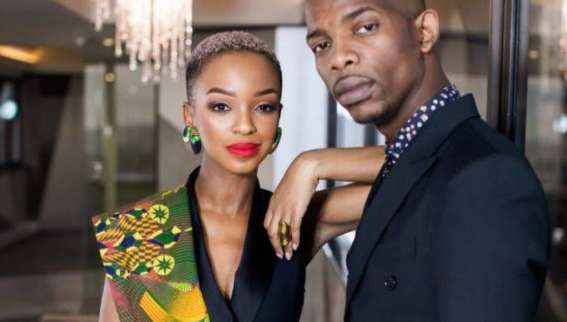 Zakes Bantwini has released his highly anticipated single Osama featuring Kasango and the streets are a mess. The song has been trending for a very long time now ever since his performance at Shimza’s Kunye Festival.

The single which has been dubbed the new national anthem was slated to be released on September 17 but due to public outcry, he has decided to push the release date closer and D-Day has arrived.

On social media people have expressed how this song entices all the senses and sort of gives people hope that everything is going to be okay. Whilst this song has gotten people ready for summer, many cannot overlook how spiritual the song is.

Even his wife Nandi Madida has declared that this is indeed a spiritual song and gave it the praises it deserved. She went on Instagram live just to encourage people to listen to the song and help it break records. The first accolade it received was bagging number 1 spot before it even got released which is massive.

“We are hoping you guys can break the record already it has made history as one of the very few songs that has ever gone number 1 before release, and you guys made that possible. It’s almost unheard of, it’s incredible,” she began her live.

Nandi then spoke about how spiritual the song was and that it inspired her, “When I heard it was such a beautiful, inspiring spiritual song and I think one that we all needed because it has been such a tough year for everyone and it just feels like there is a new beginning and new chapter for all of us – and it is spring, so we will be in thongs in Dubai,” she joked.

He also went on Instagram Live and the likes of Shimza, Siya Kolisi and Khaya Mthetwa and they all loved the song.

Speaking about the success of his song, Zakes said he did not expect the song to grow rapidly with people, “I did not think that people would just love it instantly, I thought it was gonna grow with people until people wanted to hear it immediately, it surprised us.”

Showing the song some love was Lasizwe who has been a fan since it’s release. Other ZAlebs include Natasha Thahane who pleaded with Zakes to release the lyrics of the song. DJ Tira too wished everyone a Happy Osama Day! He played the song in one of his sets.

On behalf of the country, Thank you @ZakesBantwiniSA for #Osama pic.twitter.com/725XwLnuWf

I need lyrics to this song 🔥 #Osama

Not playing his song though is former best friend DJ Black Coffee who said he will not play the song on his sets because he prefers the original version , “It is nice but I won’t I still prefer the original.”

Black Coffee said that he wished people who created the “original” version could get their moment to shine. “We all doing our best to support each other and they don’t have a voice to cry out when such happens and I unfortunately can’t keep quiet someone has to say something. This particular song isn’t even out yet it’s just been played by DJ’s exclusively and now it’s here.”