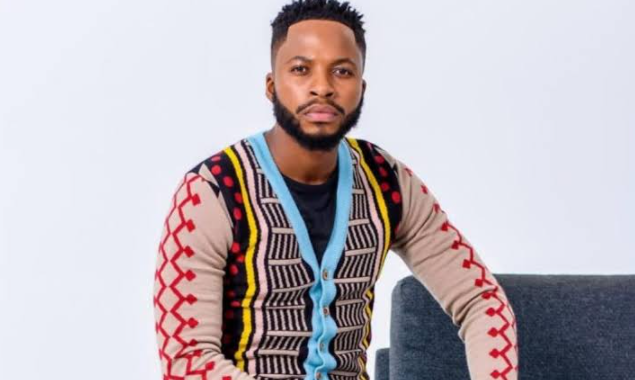 The actor also revealed that few of these criminals have been arrested. He took to his social media platforms to put them on blast.

“I would like to make you aware of a criminal and scammer who has created fake Nay Maps accounts,” he wrote sharing a screenshot of fake Facebook accounts opened using his name.

There are over 10 fake accounts and the actor says these accounts are tarnishing his name.

“These are just some of the many fake accounts. They are many, and some are called Nkosinathi Maphalala Mxolisi, some Nkosinathi Mtimande or Nay Maps Mtimande or something along those lines, etc,” he explained.

Nay Maps also asked his fans to help him take those accounts down. He made it clear that his account is one that has almost 2 million followers.

“Beware and never share your personal information with the person or people behind these accounts. Report them and open a case against them if need be.

“A few of them have been arrested. They will be found and arrested as well. BEWARE!!! This is my only real page -> Nay Maps It has over 1.7 Million Followers and it’s my real page,” wrote the former Uzalo star.

A few days ago, Nay Maps shared the exciting news on Instagram. The actor is a new cast member of Muvhango.

He plays the character of Tshireletso on the show. Speaking about his new character, Nay Maps said Tshireletso is a: “Tshwana Man born and raised in Pretoria and Limpopo enters the world of Muvhango on a Quest to find his heart’s desire.”

Fans took to the comments section to congratulate him on his achievement. Nay Maps, however, did not start 2021 well. Earlier this year he shared that he lost the most important people in his life, his grandparents a week apart.

Taking to Instagram he said his grandfather gave him the most valuable lessons about life.

“Mkhulu, You were right. You told me that people can lie and try to create things about you for their own selfish reasons but the truth shall remain…What a sad week. But thank you for Gifting me with Mom. Thank you for speaking life and positivity upon my life. You have lived and you have inspired me.

“I shall do so too. I honor and celebrate you. And I will continue to do as you said and to uplift and inspire many through my life. I love u Mkhulu. RIP Mkhulu – Grand Dad. #FamilyOverEverything,” he wrote.

Inside Musa And Liesl’s White Wedding