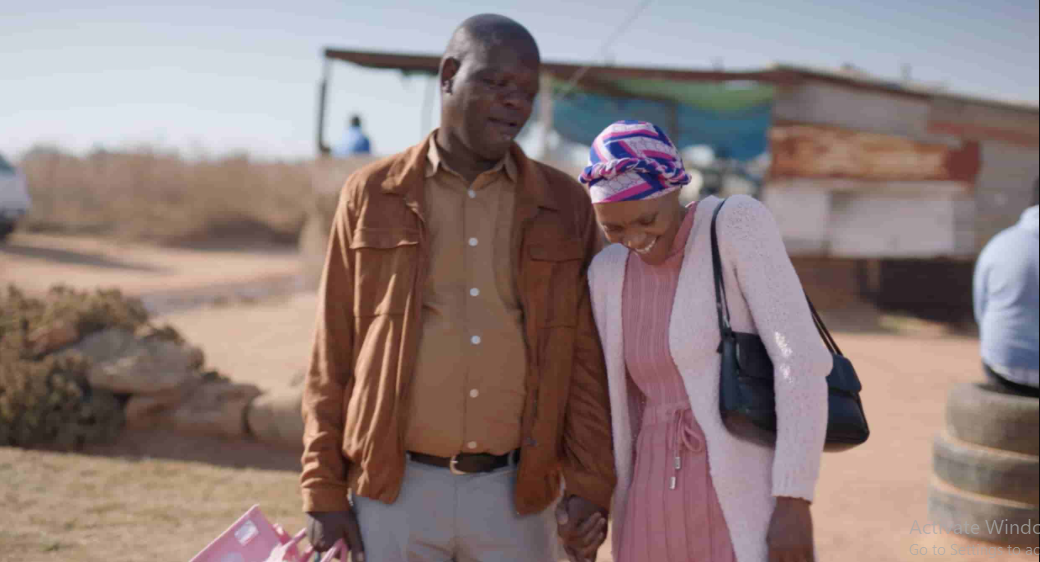 There’s a new relationship brewing in The River 1 Magic and viewers are here for it. Ever since Mohumi, played by Seputla Sebogodi, made a grand entrance in the drama in season three, causing havoc and leaving the people of Refilwe fearing for their safety. He has now paid for his since and appears to be a changed man.

His return to Refilwe has not been met with open arms. Everyone has turned their backs on him because of his past actions, however, one Sis Flora, Tinah Mnumzana, welcomed him with open arms and gave him a chance to redeem himself. She offered him a place to stay and even got him a job at Paulina’s tavern and his smooth talk won a lot of people over there. Now it appears the Mohumi effect is also working on Sis Flora.

He has been trying to make a move on her and even attempted to kiss her. Flora, however, slammed the idea and expressed her disappointment in him. According to Flora, that could never happen as she remains loyal to her late husband.

She has informed her friend Rakgadi Kedibone about Mohumi’s bad-boy ways and she sees no reason why they shouldn’t go ahead with it. Also, everyone can see that there is a spark between the two and she is falling for him. Viewers of The River are also here for it and are happy to see Flora in love.

In case you missed what happened last week, viewers were left disappointed by the actions of Rakgadi Kedibone. She has snuck up late at night, broke into Paulina’s tavern, stole money and planted it in Mohumi’s bag to make it look like he stole the cash.

She was never happy with the fact that Tumi’s father is back in town and had been plotting his downfall. This resulted in Mohumi’s dismissal and led to him also losing his life at the hands of mob justice. This came as a shock to viewers of the drama as she was the last person anyone thought would ill-treat an ex-convict seeing that she was one herself. She knows all about the struggles of ex-cons to adjust to normal life as society generally shuts them out.

Seeing that her actions had caused so much damage, she finally confessed to Paulina and Sis Flora and decided to hand herself over to the police. Mohumi, however, didn’t press charges as he believes that everyone makes mistakes and that we all deserve a second chance at life. This has made Kedibone have a change of heart about Tumi’s father.

As we’ve learnt In the past, one can never really predict what will happen in The River 1 Magic as plots usually take a dramatic turn. It could turn out that she was right all along about him. For all we know, he could be putting on a front until he gets closer to Lindiwe and what better way to do so than her most-trusted employee?