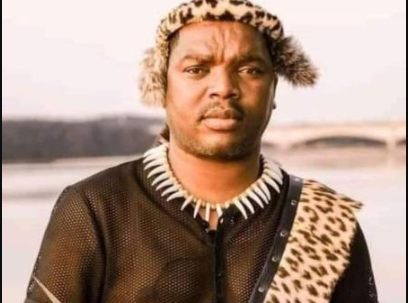 Ngizwe Mchunu has claimed that the police are looking for him and are threatening him. He says they are accusing him of perpetuating violence which has put the country to it’s knees for the past few days.

He is reportedly in hiding now after allegedly being assaulted by the police. He told Daily Sun that his stay was not easy in Johannesburg and that he does not feel safe.

“I don’t feel safe anymore. But I still say we will continue to fight for the right thing to happen. Zuma must be released. I suffered difficulties in Joburg. They wanted to take me. But I’m a Zulu man. I use strong muthi (traditional medicine). They won’t succeed,” he told the publication.

Following his address on Sunday the 11th, the country got into a huge state of violence that Zuma supporters started protesting. In addition to that, looting began which saw various parts of Gauteng and KwaZulu-Natal in complete unrest.

In his address he did instruct the powers that be to release Zuma otherwise “all hell will break loose.”

People have been pointing fingers as to who might have orchestrated these lootings and several reports say that the police are investigating 12 names which have not been revealed.

The paper asked Ngizwe if he is aware of the damage he has done but the former radio presenter is adamant that he had done nothing wrong. He is not afraid of anybody or anything saying he exercised his right to freedom of speech.

“Why are you asking me these questions now? I’m not going to respond to that. I’m a free man who is enjoying living in a democratic country. I’m allowed to voice my opinions in my country. This is me, Ngizwe Mchunu, who is not afraid of anything or anyone,” he responded.

These alleged threats started earlier this week and on Tuesday Ngizwe said if he dies people should investigate the police minister, the president and Raymond Zondo.

All he ever wanted was for Zuma to be released not for people to be violent and loot shops.

In his address on Sunday, Ngizwe said he feared what would happen to the country should Zuma continue staying in prison.

“I fear what is going to happen in this country if our President is not released from prison within 3 days, starting from today (Sunday). Cyril Ramaphosa, Judge Raymond Zondo, the time for the meetings you are holding is over, release Zuma from prison, or hell will break lose,” Mchunu said.

“I am very saddened by the fact that an 80-year-old freedom fighter is in prison my fellow Africans.”

The famous Ngizwe Mchunu has called for the release of Jacob Zuma, Economic Freedom, makes mention of the constitution and scrapping of BEE #GautengShutdown #FreeJacobZuma #SAShutdown pic.twitter.com/SIzbv9TCkq