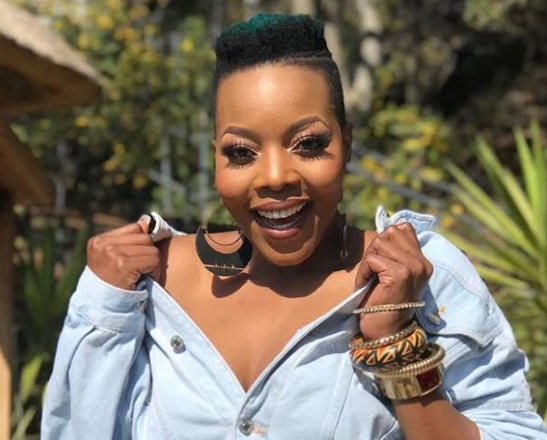 Singer Nomcebo Zikode will soon grace the global TV screens. The Jerusalema hitmaker shared today on Instagram that she is going to make her debut appearance on the Love & Hip hop show.

Nomcebo shared a video and a beautiful snap of her and Love & Hip hop producer Mona Scott.

“Guess who’s gonna be on the biggest show of America @loveandhiphop with the producer @monascottyoung,” she captioned the picture.

The singer is currently on her Jerusalema tour. She is set to rock North America next month, October 2021.

Jerusalema has become a global anthem and opened so many doors for both Nomcebo and Master KG. However, there has also been some controversy around the song’s royalty payments.

A few months ago Nomcebo revealed that she has not received a cent from the song’s success.

“I have not been paid a cent by the record label for #Jerusalema despite the song’s global success. I have been ridiculed, with efforts to marginalise my contribution. I, as a female artist, can’t stay silent anymore, the matter is now with my lawyers,” she said in a statement shared on Instagram

The record label in question responded to Nomcebo’s statement confirming that both artists have not been paid.

“No payment has been made to either artist as yet because Nomcebo is yet to sign the featured artist agreement that essentially records what was agreed between herself and Master KG prior to both of them going into the studio.”

Open Mic Production stated that during the creation of the song Master KG (main artist) and Nomcebo Zikode (the featured artist) agreed on sharing 50/50 on Master KG’s earning.

The statement continued to reveal that: “The featured artist agreement which reflected the equal split was drafted last year November for both parties to sign. Nomcebo Zikode through her legal team reviewed the contract and proposed a higher percentage.”

Master KG also took to Twitter to share his side of the story. He revealed that Nomcebo was paid over R1 Million.

“Can you confirm that you received R1.5m so far from Jerusalema? and before I explain many things you guys haven’t paid me for Xola Moya Wami…And again, Nomcebo can you tell these people that you are demanding a bigger percentage than mine on this song?”

He said that he believes one day the truth will come out. He added that he was tired of being hated for lies.

Who said the song made 3M???You Don't even Know if the R1.5M I'm talking about Is for Publishing or The Master yet You Concluding Things…Anyway I Believe When The Time is Right Everyone will know the truth Thers Nothing to Hide Here Im Tired of Being Hated for lies. https://t.co/T0llp2vIxa