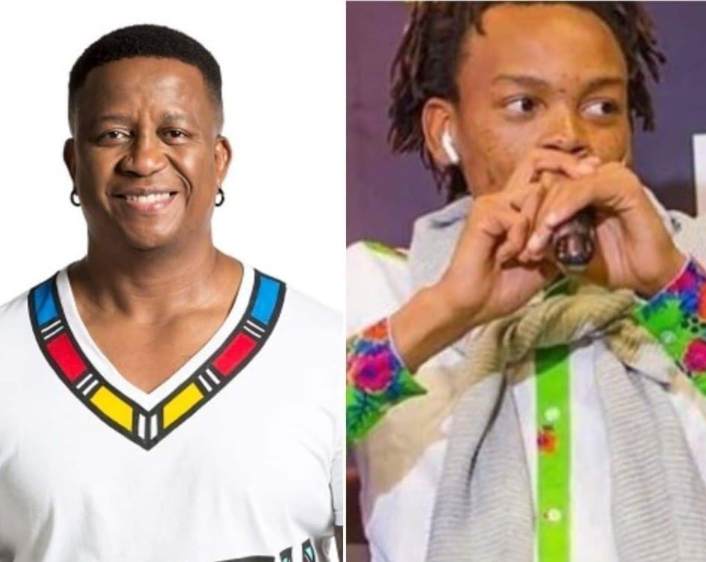 Nota Baloyi is at it again. The podcaster who is known for not mincing his word and rubbing a number of people up the wrong way, has put DJ Fresh on blast for apparently dating young girls.

In his podcast Everybody Hates Nota podcast, The Authority, as he calls himself, says in the past, they competed with the likes of DJ Fresh.

“Back in the days we use to compete with the likes of DJ Fresh, they would be picking up our girls at UJ. Remember that girl Malefa? The one he tweeted about and said “how wet.” I got so angry, I was like this guy is a married man, he’s on radio and he is tweeting these things to our girls’,” he says.

He said slammed him for his tweet and Fresh blocked him.

DJ Fresh recently hogged the headlines after rape accusations levelled against him and Euphonik. The DJs were accused of sexual assault and drugging, a woman and three other women. The woman laid charges against them at the Sunnyside Police Station. The charges were later withdrawn as there was insufficient evidence to prosecute.

Following the allegations levelled against him and Themba, Fresh said that he has never forced himself on a woman.

“I think it’s unfortunate that even with all that you mentioned. There’s a whole lot more in the docket that shows that there’s a lot of lies happening here. And I think it doesn’t help that now you have all these influential people backing you saying go open a case. These people must go to jail.

“I’ve been through so many emotions. At some stage, I was very angry. I was like – what have I done to whom that I must go through all of this. At some stage, I even felt sorry for her. That what have you been through that you think it’s okay to do that. And not only willing to do that but perpetuate it. I felt a ton of emotions over the last eight or nine months.” Said the former 5FM DJ in part.

He revealed on Podcast and Chill with Mac G that they did polygraph tests to prove their innocence.

“But we went to that extent to show that one, we don’t know this person, we were never in Pretoria with this person. Even the best friend says that thing never happened.” Shared the Big Dawg.