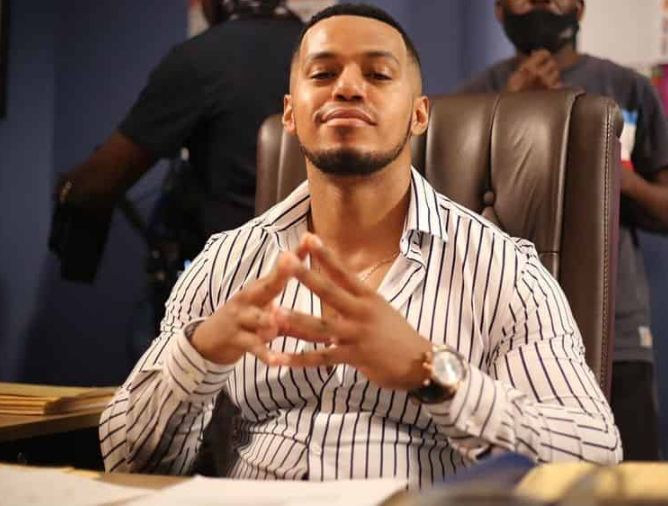 Skeem Saam viewers have not recovered from the passing of Fanie Maserumula in the educational drama. The man got too big for his shoes and tried blackmailing Lehasa Maphosa and he wasn’t going to let him own Café Rovhuwa just like that so he ended his life.

Emkay came into the picture and tried to expose him, but his attempts did not go that well. Maphosa aid people to get rid of the evidence and the case ended up being thrown under the rug.

However, all is not lost. Since the emergence of a young businesswoman by the name of Nothile Mavimbela, whom Lehasa is head over heels about –viewers think that there is hope that Fanie will get the justice that he deserves.
Lehasa has started hallucinating about his former employee and viewers believe that Nothile has been sent by the Maserumula ancestors to avenge their son’s death. And to be honest, this theory does not seem far-fetched. In the past, whenever Maphosa tried getting into a relationship headfirst, he has ended up getting burnt. We all know what has happened with Lelo who took half of his wealth and more recently Pretty.

He does not know that there is a baby on the way. His ex has been experiencing morning sickness and mood swings and told Eunice about it. She advised her to buy a pregnancy test and use it in the morning. After following her friend’s advice, two tests came back positive. She didn’t want to believe that this could be true so she went to see the doctor to do a more accurate test.

Sadly for Pretty, who recently started Varsity, her test came back positive again. She is devasted by the news as she feels that her world has been turned upside
down.

Speaking about Cedric Fourie, following last week’s episode of Drink or Tell the Truth with Lasizwe, Norma has the YouTuber about his personal life.

“From the people, we have worked withi n the industry? Who is that one person you never wish to work with again and why?” she asked.

Responding to her question, Lasizwe said that he wouldn’t want to work with Cedric Fourie. The two used to be very close friends in the past. Lasizwe says that he has learnt not to mix his friends.

“Cedric! I don’t want to work with Cedric again. Cedric and I were good friends, We were like so good with each other. The reason why I don’t want to work with him again I that I think, what I got wrong is when I started mixing people with him. That’s why in life, never mix your friends. Because they are friends with you for a reason. That one fulfils a certain purpose and that one fulfils a certain purpose. Never mix that.” He opened up.