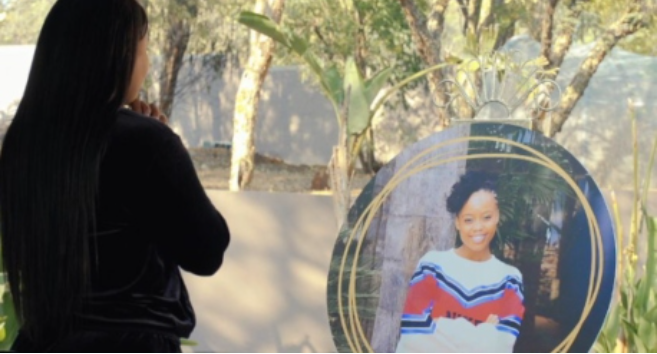 Ntando Duma’s character on The Queen was given a send off last night and if we were to describe her funeral as emotional, we would seriously be downplaying what went down.

First off let’s give Jessica Nkosi who plays Thando on The Queen her props. She give us tears and everything you feel when someone passes on. It was a lot. She is carrying that whole storyline on her shoulders and we are here for it.

It was so clear that she sourced those tears and pain from a very painful and vulnerable place. We were blown to say the least. 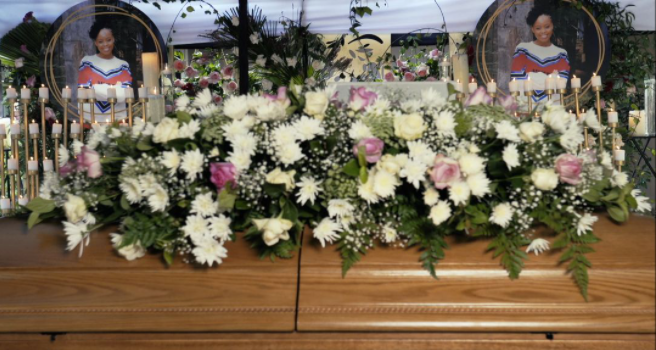 Now back to Ntando’s character, Mpho. Mpho was killed on her father’s birthday celebration by the hitmen that were hired by Khozas. It seems she was collateral damage because those bullets were meant for Hector and maybe Thando, the supposed masterminds behind Kea’s death.

Enroute to the hospital, Mpho passed on and might we add the delivery of the paramedic. That man was literally smiling, where did they find him again because he had one job and that was to deliver the news to the Sebatas that Mpho has died and he failed dismally.

Thando has been adamant that the Sebata’s killed her sister and her father Hector somehow does not believe that the Khozas may have something to do with Mpho’s death. Although Thando was present at the funeral, she was not present all the way through because she is preoccupied with finding the men responsible for killing Mpho.

Thando also blames herself for Mpho’s death but she also blames her father for allowing those hitmen to kill his daughter and not even attempt to avenge her death. We however did not expect her call her own father a weak man. Shame man. They are going through the most.

Mpho’s two seconds husband, Schumacher was bowling his eyes out. Even though he almost did not make it to the funeral because of what he did to Mpho when he wanted to secure his bag. Death is supposed to bring people together but in Thando’s case, sis is not about that life but at least he made it to the funeral and he was able to pay his last respects. 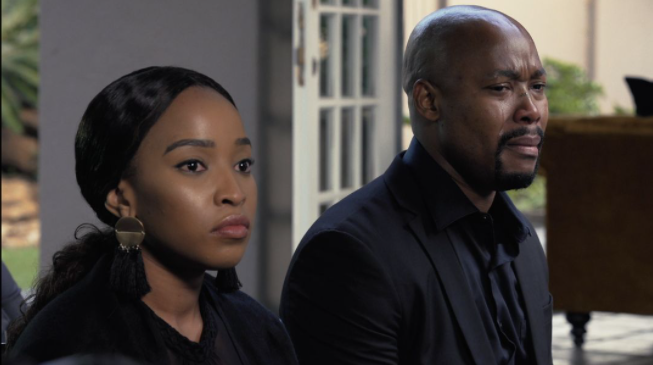 Sis Pat also honoured Mpho and surprisingly enough, she did not like Mpho’s actions during her last months on this earth but she bowled her eyes out like Mpho meant the world to her. Death is something hey. 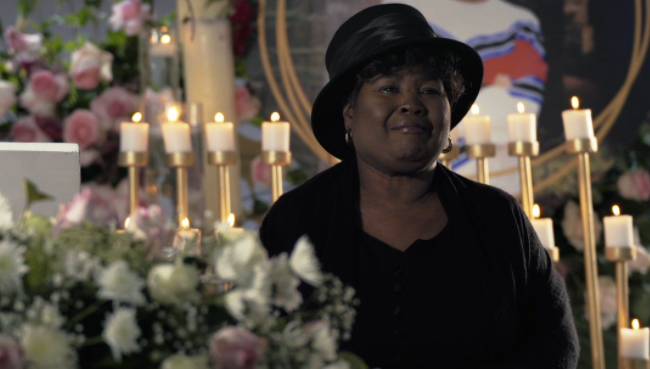 Shaka and Brutus went against Harriet’s orders and attended the Sebata funeral and as expected, they were spotted laughing and having a sip of their Jack Daniels. 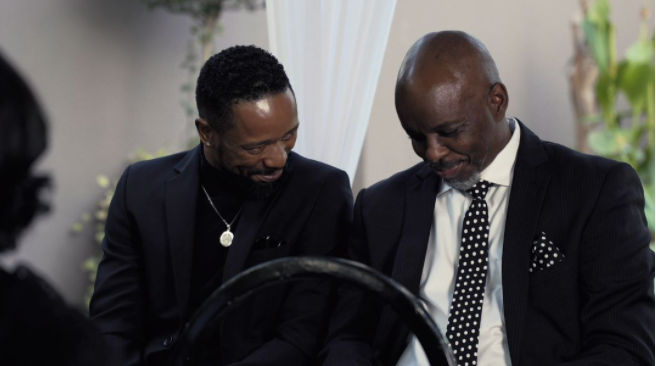 Best believe that Hector is not gonna let this one ride because why would those two attend the funeral and be all giggly at his daughter’s funeral. This is war. 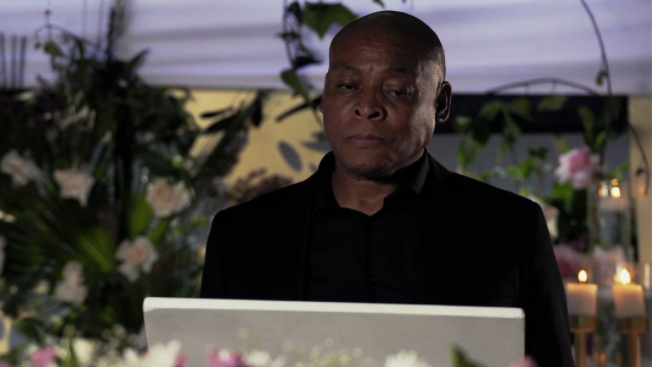