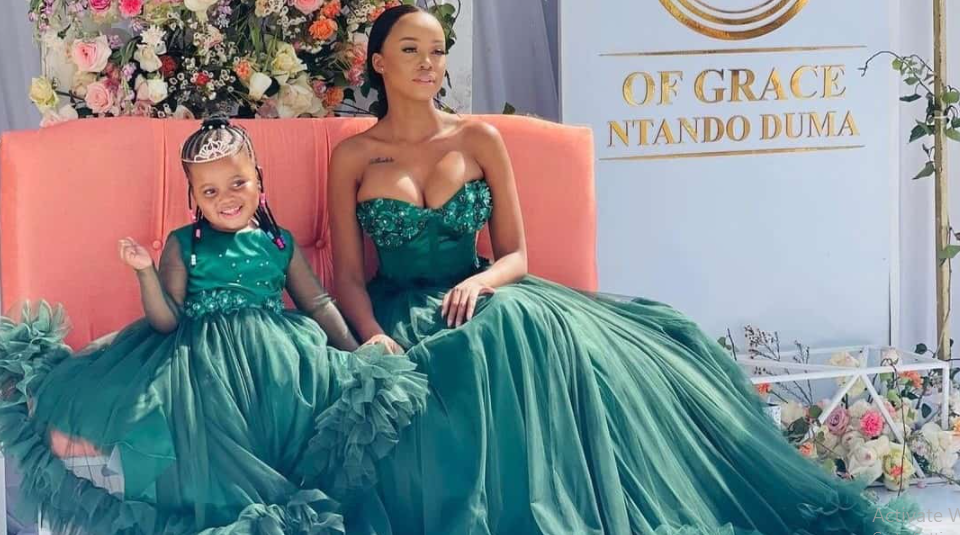 In attendance was her industry mates Lasizwe, Sphe And DJ Naves , Naak Musiq, Robot Boi. The birthday celebration was not all about her as her daughter Sbahle twinned with her all the way. However, after the celebrations which she (Sbahle) was allowed to attend drew to a close, Ntando then wore a gold figure hugging dress for the after party.

During her speech where she thanked her guests, Ntando urged them to continue loving each other as the journey will continue.

Sbahel also said a few touching words to her mummy, ” I love my mummy because she is my best friend,” the crowd then gushes. She then continues by saying she will be buy her mother a dress, a new house and a new car and do her hairstyle. “I very very like my momma,” an adorable Sbahle said.

Ntando has accomplished quiet a lot at 26 and that includes building a house for herself and her daughter. She revealed on social media that her daughter Sbahle was very ecstatic when she finally finished off her house. 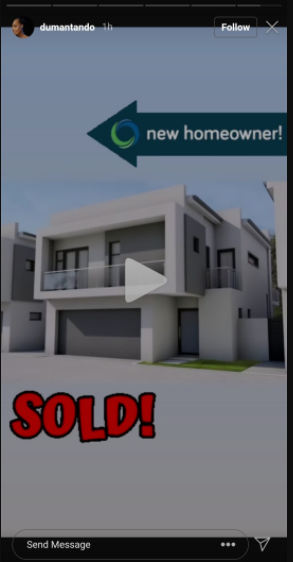 Ntando got praised for being a wonderful mother to Sbahle. A stranger even gifted her R1000 just to spoil little Sbahle. Ntando was dining at Moja Café in Soweto, when she was then approached by a stranger who just splurged 1K on her and Sbahle.

“A guy gave me 1K at Moja Cafe today as a token of appreciation for being a great mother to my daughter, she said. He said watching me effortlessly doing it helped him a lot with raising his own kids. He said A LOT and my heart is so, so warm,” she said.

“Did I not start weeping at a groove! Yho! Bab’ MndebeleIf you see this tweet just know that you’ve given me even more courage and strength to continue doing this with love and dedication. I actually have no words I am amazed thank you,” she wrote.

The former The Queen actress had an incredible experience working with the Fergusons and she looks forward to her journey as a Netflix actress.

Even though she is all about the bag, does not mean Ntando quiet enjoys kissing on camera. She told Lasizwe on his Youtube drinking game, Drink or Tell The Truth, that she found it very uncomfortable kissing Schoemaker on the Mzansi Magic telenovela and that she hated it.

We hope Netflix is taking notes!