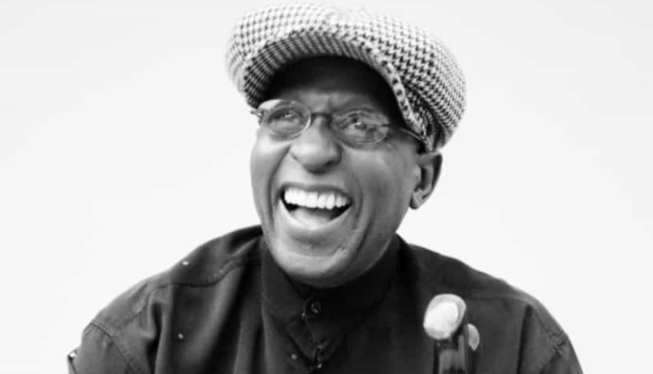 It’s been reported that South African music legend Tshepo Tshola has passed away. According to had tweet from EWN, the songwriter was hospitalized after contracting Covid19.

It’s reported that he was at a hospital in Lesotho when he passed away. Tshola was a multi-award-winning musician whose albums received critical acclaim.
In one of the legend’s rare interviews, he spoke to the presenter on Afternoon Express and shared pearls of wisdom as well as insightful information about his illustrious career.

On What freedom means

Freedom means fighting a winning battle because South Africa was a world war and Freedom day was like a job well done.

On being vocal during apartheid

There is no way you can keep quiet when you feel the pain. And we had to be vocal because we were driven by pain. That is why even today you find a whole lot of confusion. It is because they are trying to heal themselves. From yesterday’s pain.

On stop the war.

Responding to Bonnie Mbuli, It goes back to the pain and if you don’t do it then nobody else will. And I was given the opportunity to be vocal because I had a stage to say whatever I felt at the time. There is still way even today. We need to team up on finding joy in ourselves. Instead of joining the pain of the confusion.

How his group came together

I think it was God’s doing. The guitar player who was one of the greatest guitar players of all time, Frank, may his soul rest in peace. We met in the streets. Looking for a match, one had a cigarette and he had a lighter and we shared the cigarette. Only to find out that none of us had a place to sleep at night so we had to hustle and look for a place to sleep. That was a beginning of a team that created the Sankomota band.

Highlights of his career

I guess it was touring Europe and getting paid with bread and Salami. You know when you are working under the ANC in Europe, they’ll just take us. I thank Julian Bahula because Julian was one of the greatest liberation fighters at the time in Europe through music. And he said guys the only way to get known is just to go and do it instead of just sitting there because we were so over-rehearsed. It’s like a soldier with a gun and not going to war. We toured about twenty-seven cities in Germany working under ANC. Our contribution at that time still makes me happy even today.

It just happened. I guess being together then comes a time when you overgrow the imprisonment that got us. It got to a point when everyone wanted to go their separate ways. Another thing is influence by outside people. When people see talent they start making choices about who they like more. It was a natural transition that had to happen.