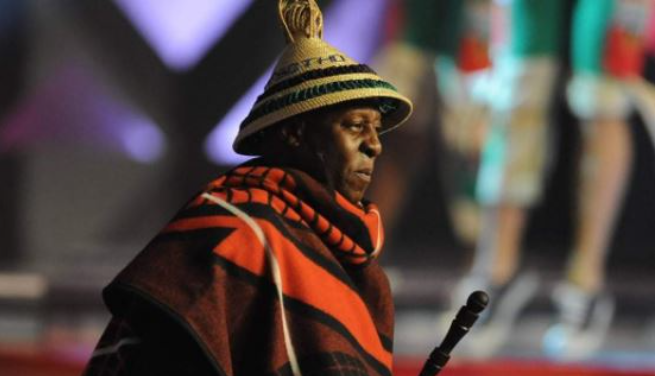 Multi-award-winning legendary musician Tshepo Tshola has left a void in a lot of people’s hearts.

Isono actress Nthati Moshesh took to Instagram to celebrate the man that was loved by money not just in South Africa but the whole world.

She said, “The musician, the activist, the icon, the lyricist the legend, the celebrity (celebrated) in corners of this universe. Rest in musical love and power. Your voice healed, calmed, soothed and was a personality all on its own
gravel voiced. Stop the War you sang and said Holokile. Ho tla loka ha nako e dumela. You made us sing along you made us get down your music was played in church at concerts at weddings. Robala ka mohau le khotso I love and will always love your music. On stage you were a born performer”

Other actors, actresses and musicians have remembered the legend on social media:

Sello Maake KaNcube said, “I never loved another man’s voice like that of Tshepo Tshola. Listening to him sing and watching him perform I would always just melt. Heaven has got itself another angel or should I say a saint, a sinner who kept on trying”

Sipho Hostix Mabuse said, “Rest In Peace my friend ,it was always a joy to be around you and share the stage – heartbreaking news…”

Dineo Langa said, “Tshepo Tshola has been part of every celebration and loss in most of our homes. Ha hona mokete kapa lefu mo o sa utlwing Ntate Tshepo Tshola teng. It’s like his voice held space for black joy and black pain. It feels like someone just shot a missile through our artistic DNA”

@AzolaMboniswa said, “You’re waiting for your name, to be called! Ntate #TshepoTshola’s name has been called, may his soul rest in peace. What a legend. Just when our nation needs his Sankomota words the most to ‘stop the war’. To his family and loved ones, akuhlanga lungehlanga”

@hlubizer said, “Losing Steve Kekana, Tshepo Tshola and Pat Shange in one month is too painful. I know younger generation wouldn’t readily know them. Those guys were entertainment when there was no entertainment. Lalani ngoxolo maqhawe”

@Vivaciosness said, “We haven’t had Music festivals in a while! The people we went to festivals for are dying. This is specifically about my faves, bo Mam Sibongile Khumalo & Ntate Tshepo Tshola. What a sad time man”

@TukuOfficial said, “Today we were saddened to receive the news of the passing of our dear friend Tshepo Tshola. For many years Ntate Tshepo performed and shared the stage with the late Dr. Oliver Mutukudzi in Zimbabwe and the rest of the world. We hold dear to the good and great memories we shared”

We continue to mourn the legend and all the impact he has had in Africa.

In Tweets: Rhythm City Team Grateful For the 14 years