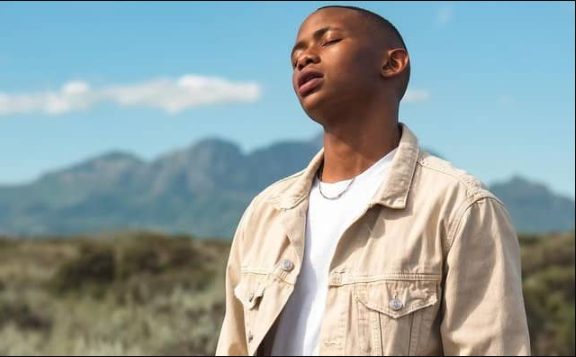 Gomora actor Ntobeko Sishii, popularly known as Ntokozo Dlamini to viewers, has a new ad out with a grooming company and South Africans can’t get enough of it. In the ad, the star uses clever wordplay and metaphors to promote the product, motivating why any gent should get it. It is really entertaining.

“It’s a priority of mine to maintain my bush. I gotta keep my hedges neat and tidy. And my backyard grass cut clean. Birds prefer it when I take care of business but I was struggling to get the job done until the homies at manscaped tipped me with a solution.” He says in the advertisement.

“The crop preserver, the ball toner, the lawnmower 4.0 and not to mention the weed pecker they sent me. All my gardening necessities are taken care of. Ladies, get your man the gardening equipment he needs and save twenty percent of any orders at manscaped when you use my code sishii with two I’s at the checkout. Manscaped, your balls will thank you.” He concluded.

Sishii is also a talented musician. In 2020, he dropped his hit single IDC – short for I Don’t Care which was produced by renowned producer ELIZEE. The idea of the song came when he was still working at an investment bank.

“It’s a melody that was inspired by a Drake song, and he’s one of my biggest influences. At the time I was going rough a rough break up and I decided to write about it.” He said to us.

“It is ironic because the point of the song is like you’ve sort of given up on someone but you care so much about the person and you still love them but you acting like you don’t care. Deep down inside you do care, it’s like putting up a front.”

He had the song with him for a couple of months before he decided to release it. He was not sure whether or not to release it as a project. It is a special song for him because it is the type of music that he’s always wanted to make.

“I’ve been sitting with the record since last year November. I wasn’t sure whether I should put it on a project or not. I just decided to drop it as a single. IDC is a landmark in my music career, it’s the type of music I’ve always wanted to make – vulnerable and honest.”

Despite the incredible success he has received as a musician. The star maintains that acting is his number one love. “I really love acting. It’s not something that I disrespect, it’s a craft that I respect with all of my heart.” Said the rising star.