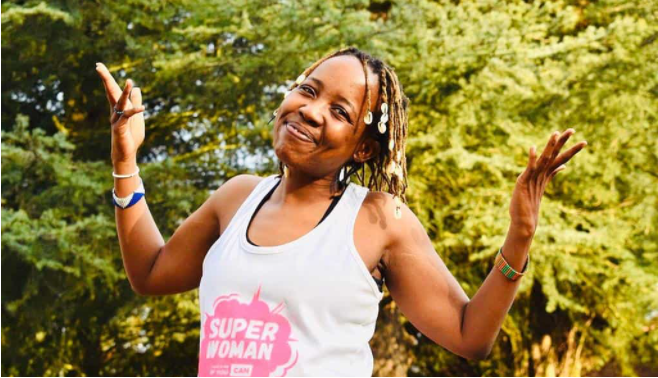 For those who hate her, including Julius Malema, Ntsiki Mazwai is referred to as a ‘Failed Poet.’ For others, Ntsiki is known as a blabbermouth but her loyal following know her as a musician amongst her many talents. We have not heard much from the poet in terms of music but she is planning on reviving it with the help of Prince Kaybee.

Prince and Ntsiki are very opinionated ZAlebs and they are opposed to being other celebrity’s minions. They call things out as it is without sugar coating, what they consider to be the truth. This week, Prince threw shade at famous alleged rapists who have had numerous allegations thrown at them for the same offense including abuse.

He told tweeps to not forget to use the word “alleged” because they will sue. He did not use the word and so he got applauded for that. Ntsiki Mazwai once again sang his praises and said she likes Prince Kaybee because he does not drug and rape young girls.

“You can also tell that he is not the type of dj who drugs and rapes young girls. I like Prince Kaybee,” she said. Prince urged Ntsiki to join him in studio and she agreed.

She even added that she would be focusing on her music for the time being until the dark cloud hovering over SA passes. “I’m excited to be working with Dj C Live, Dj Respect and the almighty Prince Kaybee. I’m going back to my music okwamanje. Till the dark cloud over SA passes,” she said in excitement.

I'm excited to be working with Dj C Live, Dj Respect and the almighty Prince Kaybee 🥰🥰🥰🥰🥰I'm going back to my music okwamanje. Till the dark cloud over sa passes 🤭🤭🤭

Do you think the song will be a hit?

This week, Ntsiki took aim at Julius Malema, one of her many rivals, saying he is not much of a leader, just someone who “talks too much.”

“Lockdown showed us that Malema is not a leader just someone who talks loudly…Shame… This party has lost all the people that made it special. Now it’s like a past beauty queen. Walking confident with wrinkles while people laugh. So sad.”

Their beef dates back to when Ntsiki wanted to be the head of EFF’s Women’s League but Malema said he does not need a “failed poet” to endorse him.

“I don’t need an endorsement of any failed poet to succeed, politics is my game & I know it. At least I’m good at what I’m doing unlike you,” he shaded Ntsiki. He then added, “Tweeting about Juju all the time & not about your work or profession, as if Julius is your job description. I don’t need you or your friends.”

I don't need an endorsement of any failed poet to succeed, politics is my game & I know it. At least I'm good at what I'm doing unlike you

Ntsiki was also accused of being an instigator in the unrest which brought several cities to a standstill earlier this month. All Ntsiki did was write a blog post on why Jacob Zuma should be released from prison as it is unjust to keep him.

She had taken a hiatus from Twitter but returned to people accusing her of instigating violence.