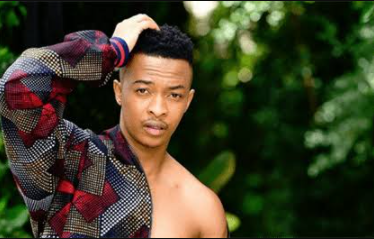 Taking to Instagram to give his fans a sneak peek inside his big moment, Oros wrote: “The opening was a resounding success & we owe to everyone who took the time to support us with their appetites 😂🤤 WE ARE OFFICIALLY OPEN!! 🔥😆

“@hotspotgrills Is now your home away from home so come by if you’re keen on some amazing braai food. Situated: Epsom down shopping center. William Nicol & Sloane street (Bryanston side).”

Oros also recently scored a big presenting gig on MTV. He is the new and first South African presenter for Ghosted: Love Gone Missing SA together with Shamiso Mosaka.

The show helps people who have been “ghosted” find closure.

“SUPER EXCITED to finally announce the new hosts of @mtvghosted LOVE GONE MISSING🔥 Myself & the ever so beautiful @shamiso_ will be traveling South Africa solving the cases of ordinary South Africans who’ve been Ghosted!” he wrote sharing the exciting news on Instagram.

His co-host Shamiso also took to her social media platforms to talk about her new gig. She said she was grateful to have two shows in the bag.

She tweeted: “I’m soooo happy to announce that ’Ghosted: Love Gone Missing’ has come to SA and I’m the host! feeling so blessed and grateful to have two shows in the bag, can’t wait for everyone to see it!”

A few days before their big reveal, Shamiso gave hints that she was working on something, she tweeted that someone had mistaken her for Jub Jub

She tweeted: “So I’m shooting a show and we’re at an apartment building with lights and cameras and shit, does this one guy not come out of his unit and run away from us, after getting a better look he comes back and says he thought it was Jub Jub.”

It is clear that this year has been really good for Oros, Last month he announced that he will be starring in a Netflix film titled The Lucky Specials.

He wrote: “EXCITING NEWS‼️ FRIDAY 07 MAY I’ll be starring in the internationally recognized Movie, The Lucky Specials 😆 ON @netflixsa alongside @sivemabuya @thomasgumede @fulu_mugovhani Richard lukunku and Directed by @rawyalkingsman This is some of my best work & I’m grateful to GOD that the world gets to see this one!!! Who’s tuning in??? 😆🙌🏾”

Another Skeem Saam Actress Is Expecting