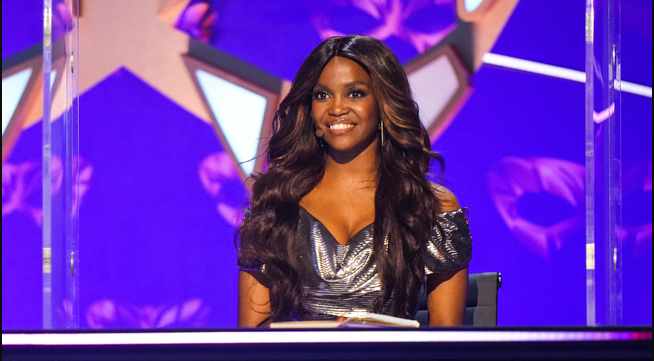 Oti Mabuse’s prowess as a ballroom dancer is no secret. Her star has been on the rise, even more so since joining “Strictly Come Dancing UK” in 2015.

Viewers will soon see Mabuse on BBC Brit’s “The Masked Dancer” (a spin-off of “The Masked Singer”), where she joins present Jonathan Ross, comedian Mo Gilligan and TV presenter Davina McCall on the star panel. Joel Dommett is the host.

This show sees 12 celebrities tear up the dance floor in a dance style that suits them while dressed in the most extravagant costumes and colourful face maks. And they have unique stage names like Carwash, Beagle, Squirrel, Scarecrow and Frog.

The panel has to then try and figure out the famous face behind the mask.

On joining the panel, Mabuse admitted: “(I’m) very excited. ‘The Masked Dancer’ is just one of those things that I will always hold close to my heart, simply because of the people that I do it with.

“The team is amazing and to be asked to be part of it was a privilege. It’s obviously really nerve-racking, but you have to hide your nerves and just show your smile and personality.

“I shouldn’t have been nervous because everyone makes it so easy. You know when people say never meet your heroes and you hope they are wrong.

“This phrase was totally wrong because they are all so great. They are such a delight and so welcoming.”

Although her forte is dance, she was keen to try something new.

She added: “It’s an amazing guessing show that’s fun and, for me, it’s just an honour and a privilege to get to do it with such incredible people like Jonathan, Davina, Mo and Joel. We are constantly laughing!

“There is great banter and chemistry and coming to work is a joy. I’m one of those people that is very excitable so when I wake up, I’m like ‘wooo! I’m going to work. Yay!’ I love that we get to see a different side of dancing. 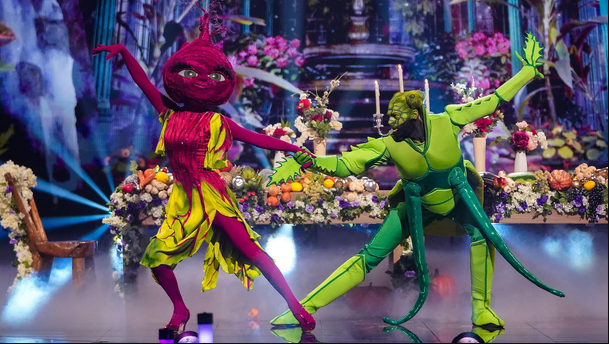 “Dancing is fun but you are adding another element where you have to guess who it is. That’s something that we can all do at home and to do it nationally with a dancing show is very refreshing and I love that.”

“If one of the characters is coming out as a Beetroot you are never going to expect in a million years that someone can dance in a Beetroot suit and yet they are coming out and doing the most incredible things.

“I’m not looking for anything particular but just enjoying the show and every time the characters exceed my expectations and get better from show to show. Whether it’s their dancing skills, their dancing styles, their choice of music – which is so important because of the songs that they dance to mean something to them.

“When you get to relate to them and get to know them that way and they are dressed as they are – it’s just bonkers and I love it.”

On the moves that impressed her, she admitted: “Yes. My mind has been blown. You just don’t expect that level of dance so it’s really hard to guess who these people are because they are known for other things, not just their dancing skills.

“You don’t expect to see a Carwash doing backflips in a huge costume, it’s crazy but it happens. And I know you guys don’t know what I am talking about but trust me you will be like how can they do that?”

Mabuse laughed: “I thought I would be okay at it but I am so terrible at it. Oh my gosh! It’s actually hurting me a little bit because I was like, ‘Oh I’ve got this, I probably know them and they’ve all done some show that I work on’, but it’s hard, it’s really, really difficult. I am slowly becoming a baby Jonathan with my suggestions.”

She continued: “Davina writes lots of notes. Mo often just has one name written down on his notepad… I’ve got many names written down.

“I am that one who overwrites names but then I am also still guessing, watching every move, having a good time when I am writing and still noticing – oh they jumped!

“Oh, but the names! If I think it’s a soccer player, I will name every single player in the whole world and the producers are like, ‘Oti, could you please stick to one or two,’ but I can’t!”

Bonang Accused Of Being Rude