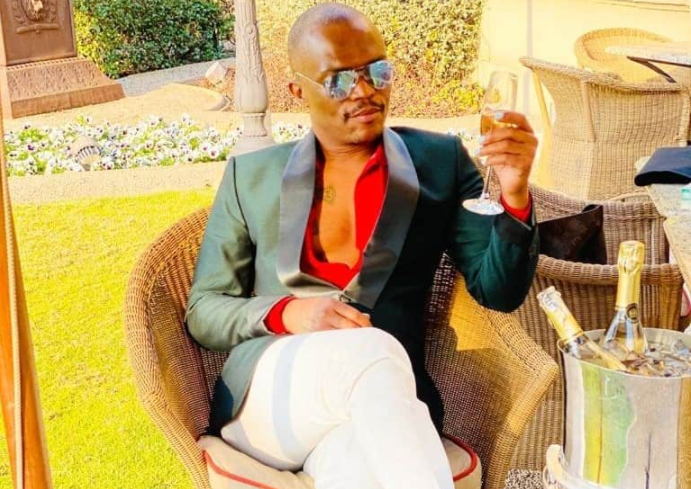 Despite the serious allegations made against him by estranged husband Mohale Motaung, it is business as usual for the Idols SA judge. Tweeps are enraged as Metro FM promoted their popular segment ‘Ask A Man’, using Somizi and the Naked DJ’s pictures. Tweeps likened this situation between Somhale, to be that of Katlego Maboe’s and they demand the same treatment he got.

A year ago, Katlego’s dirty laundry got aired out to dry by his then girlfriend and baby mama Nicole. He got outed for being an abuser and cheater who allegedly gave her life threatening STD which apparently prevents her from having more children in future.

Of course Katlego denied the allegations and apologised for them but he lost gig after gig. Award nominations were retracted and he got cancelled by mainstream media.

That is the same treatment tweeps demand towards Somizi Mhlongo. They say Metro FM’s continued association with an alleged abuser is not making the fight against Gender Based Violence any easier. Plus, it shows double standards and selective outrage amongst cancel culture.

@Cellular_Jnr said, “By this time, Outsurance and Expresso would have cut ties with Katlego Maboe with hashtags flying everywhere on twitter,” and tweeps agreed with him.

Others are puzzled by the fact that Metro FM still allows an alleged abuser to dish out relationship advice, but failed to uphold the same advice with his relationship. “Y’all still allowing @somizi to give advice on relationships yet there are abuse allegations against him @METROFMSA, disgusting,” @Lelethupresh commented.

Other’s brought up the fact that Metro FM does not have a clean record when it comes to sexual misconduct claims. Most recent being Pearl Modiadie. “Is he advising anonza vhele? @METROFMSA doesn’t take people seriously hle. Actually they are the ones who are abusing listeners now. Remember also @PearlModiadie was abused on the same place and they kept quiet. They don’t value their listeners cry over abuse,” @Sir_MelzDZA wrote.

Over the past weekend, Mohale’s interview with Legend Manqele for Somizi’s reality show, Living The Dream With Somizi, he made serious allegations against estranged hubby.

In summary, Mohale said Somizi was obsessive, jealous, abusive and loved sex with other people outside of their marriage.

Here are other shocking allegations:

These are just a few allegations but there are many more.

Somizi responded to these allegations but it was through his lawyers who said they are taking legal action. in the mean time, Somizi has his comments section turned off on Instagram and it is business as usual.

You should try inviting relationships expects or councelliors or psychologists to this show instead of having devocees and alledged abusers giving relationship advice.

Is he advising anonza vhele? @METROFMSA doesn't take people seriously hle. Actually they are the ones who are abusing listeners now. Remember also @PearlModiadie was abused on the same place and they kept quiet. They don't value their listeners cry over abuse. pic.twitter.com/KaQjdfSkYr

By this time, outsurance and expresso would have cut ties with Katlego Maboe with hashtags flying everywhere on twitter pic.twitter.com/ZzmR8jfeP5

Imagine #AskAMan then Somizi will give you advice ?? The alleged perpetrator …. No ways #AskAMan show should be canceled until further notice .

You want him to advise people to stab each other ?? pic.twitter.com/EWZmOsZk5d

The station manager was accused of sexual harrassment and he continued working like nothing is wrong, now this…

It's a pattern. The station doesn't care, it's just all talk and promo ads like they care when they don't