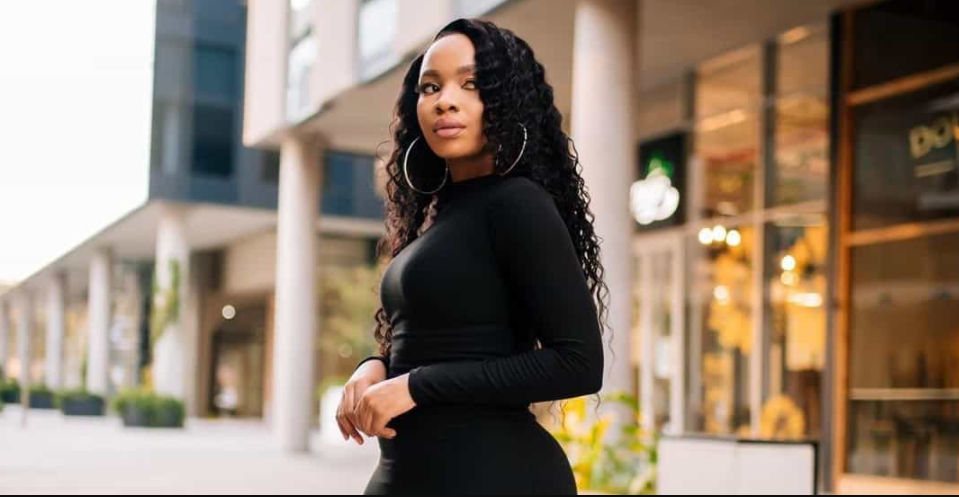 South African actress Pasi Koetle is very influential on Instagram and that’s mainly because of her colourful personality. This afternoon she took again to social media to keep us entertained. During a live video, she was joined by Skeem Saam actor Clement Maosa. The Scandal! actress asked Maosa what is a skierpot in English? The actor could not answer. “Ke dilo tsa bo mme tseo, so only women should know that.” He said.

Koetle listens to the problems her followers have and offers unconventional advice. Clement told her that he has been struggling to get a six-pack and doesn’t see how he’ll reach his goal before the summer since it’s just around the corner.

“Kenale bothata. My problem is that since the beginning of winter I’ve been saying that I want to the gym to get a six-pack but I realize that it is already halfway into autumn and I still haven’t gotten my six-pack.” He said.

She told him that if he really wants that six-pack, he must just draw it and it will draw closer to him.

“I always tell my clients that when you want something and you are not able to do it the time that you need to do it, draw it. I tell this to my client all the time.”
Maosa then added that speaking to the actress has helped improve his English. “Your calling has amplified your English. Sekgowa sa gao se ko dimo ma tsatsi a.”

Mapaseka says that since she started consulting on Instagram, her English has improved a lot. In the beginning, she did not have the confidence but now she is a pro.

“It has, even my accent. I’m a new person. I didn’t have confidence, especially when I was speaking English. I went to a public school. But right now it’s coming out through the paws.”

In an interview with Kaya FM a couple of years back, the star opened up about not affording taxi fare when he first got to Johannesburg.

“The first day, we came with a train because I couldn’t afford a bus and it’s like 9 or 10 hours just sitting there. A lady was sitting next to me and the baby was crying, the baby pooped and it was just a long trip,” She continued.
“We didn’t know which taxi to get from where, because there was Noord and then there was Bree, I didn’t want to look around because people were going to be like; ‘Aah this girl, where is she from?’ So it was so interesting.”