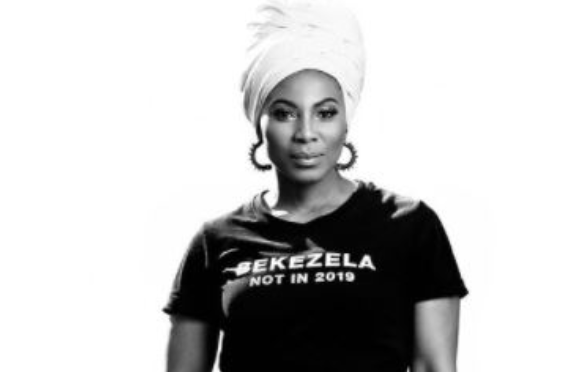 Radio and TV personality Penny Lebyane has expressed her heartache with the ongoing lootings that are happening in South Africa currently.

Penny’s sister’s beauty salon was looted yesterday following the lootings that are happening in the country.

She took to Instagram and said, “My heart was so heavy all of yesterday. I wept almost the whole day. My levels of anxiety have been so high because of the helplessness I have felt for months. The loss, the grief is too much to bear.

“Today my sister’s business was looted @brendanailssa at Pimville Soweto. I wept again, pleaded with God to do something to stop this brokenness. Children were part of the looters. We need a miracle.”

People took to the comments section to stand with Penny, they said:

@lungzstah said, “The brokenness is so intense sisi ….so heartsore ….the loss …trauma …triggers…betrayal so overwhelming so palpable”

@iam_aya_mbulazi said, “Ai we really do need a shepherd because right now we are just headless with no direction. I know what is happening is wrong but people are hungry, people are unemployed and people are frustrated”

@tloumadi said, “Heartbreaking Sis💔Law and order must prevail! We can’t carry on like this”

@pearlsebaya said, “So sad. You try to uplift yourself and your people take you down”

@siphosihle_1 said, “Black people stealing from black people they at war to other, may those hooligans arrested for looting on other shops be dealt with harshly but obviously justice is lenient they may get fines, but irreparable damage they have caused will affect their mothers, relatives job security as now most are not working as they burned-out looted some major retail shops, where their same own people are working how stupidity”

Last month, Penny tweeted that she was tired of the hypocrisy within the entertainment industry. She does not want to be praised when she is dead.

She also said that people do not want to recognize her for her work yet they copy what she has done and pretend like it’s their ideas. Penny said that they are waiting for her to die so that they can acknowledge her hard work.

“They won’t acknowledge me for what I’ve done for the industry but do everything and repeat everything l have said like it’s the freshest thing ever. They are waiting for me to die so they can talk about my impact on them. Guess what l am not and l know what l did for you and you,” she tweeted.

Penny has never been one to mince her words when it comes to things that she holds dear to her heart and we love her for always standing up for herself and those around her.

A lot of businesses have been looted in every part of the country and we can only hope that everyone is able to come back from this and that jobs are at least secure.

Tweeps Come For Mihlali For Wanting To Loot Mercedes