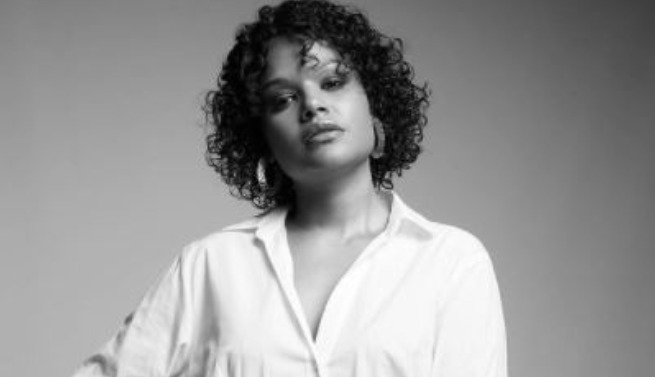 Petronella Tshuma had to answer some tough questions about her race in the recent episode of Unpacked with Relebogile Mabotja.

The Rhythm City actress opened up about growing up in an environment that made it hard to grow up as a mixed-race child in apartheid South Africa.

Petronella was born in Botswana to a Xhosa father and a coloured mother. She has lived in Botswana, South Africa and the United Kingdom.

Petronella does not resonate with the term coloured because she says she is not coloured. She however fully identifies as black.

She said, “My story is that my father is a black man, he is Xhosa Malawian. My mother is…Tswana Irish and so I am Tswana Irish Xhosa Malawian…for me, I grew up with my father’s side of the family. I am the first one to look mixed and all of that. The way I have been brought up, I don’t know when the first time I thought I actually look different. I don’t remember the first moment because I was just patty”.

She said she has always had this question that what makes a black person black, “yes the colour of our skin, the melanin and all of this. For me, it has always been a feeling. I may look so different, I may take the white out of my grandfather so strong and the hair or the nose…but my black is so strong. I feel it in the depth of my being that I am a black woman and nothing can change that and I don’t identify as bi-racial. Never have”

Petronella said above and beyond the Tswana, Xhosa, Malawian and Irish, her family is beyond mixed because of exile. Growing up people were always shocked every time she spoke vernac because she does not look like someone who would speak vernac fluently. She never saw that she was different until people pointed it out because kids do not see colour.

“I was born in 1990 and for a black man to impregnate a coloured mixed-race woman with a white father was not acceptable…I have heard stories that my grandfather chased my father with a shotgun and wanted to kill him because ‘how dare he‘ and my mother us the firstborn. All his kids, 13 of them, met black partners but my mother was the one opening the gates to all of this”

Petronella said her mother’s mom loved her. It was just her grandfather, the white man who had a problem. Her father’s side was accepting. They just had a problem with the fact that her parents got each other pregnant at 19.

She said she does not blame anyone for what happened back then even though she heard that her mother dumped her by the gate and walked out. She gives gratitude to the person she is today to her grandmother who raised her and the very same person who named her Petronella Nontsikelelo. Her mother had named her Lynette.

She moved to England to live with her father who had left her when she was 2 years old to become a chef. She had not seen her father in 10 years. People in the UK asked her what she was and that made her question what she was, “those 7 years I spent in England were my worst…”

“I feel like once I was able to put away…I finally found it within myself…I don’t have to belong anywhere. This is who I am, this is who I resonate with…I am a proudly black African woman”

We are definitely enlightened and we thank Petronella for opening up and letting us know who she is.