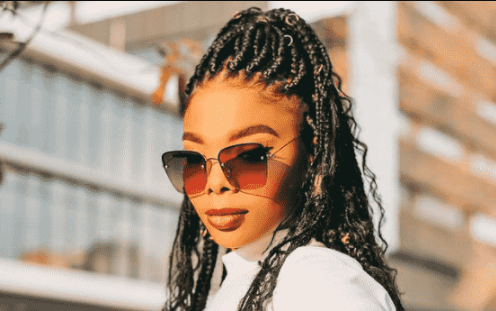 Ambitiouz Entertainment artist Lasauce has been a hot topic after she shared stunning images of herself on social media. The singer can be seen wearing a red bikini at a park. Her caption implied that she has something coming out very soon.

The singer’s real name is Sindisiwe and she comes from Durban. Speaking to DJ Sabby a couple of years ago on YFM, she revealed that music has always been her first love.

“Music has always been something that I loved. The fact that when I finished school I thought that this is what I wanted to do. It’s where I jumped in. I love music.” She said.

Speaking to Zkhiphani about her creative process, she said that she does not write her music down.

“Everything happened very fast. I’m the type of person who doesn’t write their music down. So if I like a beat I like and I write on it. It happens just like that.

“The response is quite mixed because a lot of people are surprised. It’s just like a combination of things. But I would say that they are showing a lot of love.” She adds.

Contrary to what most people think of her – she is very reserved.

“To be honest, as Lasauce I’d say that I’m a different human. I’ve never really been that type of child that’s been troublesome and mischievous. I’ve always been to myself. But things that I express are very exciting. So I’m just a cool girl I guess.”

The rising star believes that one of the things she brings to the game is originality.

“Mostly what I bring to the industry is something that people don’t bring to the industry. I’m Zulu and judging from the genre I do which is pop, I feel like a lot of pop artists are not exposing or expressing themselves enough. So what I would say I bring is originality.

“I come from a very mixed family and we all know that to make a sauce you need a little bit of everything. So I use a little bit of my ability to bring out what I have as LaSauce. So it’s not only about the name, it’s about what I actually do.” She shared.

Not all the artists who have signed to Ambitiouz Entertainment in the past have positive things to say about the label.

Emtee revealed that he had reached a point where he could no longer carry on with the label.

“I reached the point where it couldn’t go on any further. I have two kids and I can’t allow people who don’t even know me to dictate my life. My kids are going to look at me one day and ask why I didn’t stand up for myself,” he said.
The rapper also revealed to Mac G on Podcast And Chill that after he left the label he went broke