Priddy Ugly has come to the aid of a fan who according to his girlfriend was a victim of a mob justice gone wrong. Lungelo Delihlazo wanted Priddy Ugly to encourage him, he did not want money or anything more than what motivation.

Priddy Ugly said Lungelo’s girlfriend Senorina Klaas reached out to him because Lungelo is a die-hard fan of Priddy. In a message shared by Priddy on Instagram, Senorina said, “My boyfriend loves you so much. He cuts his hair like you but he had to cut to plain cos he got injured. He was brutally beaten by a mob of people. His face is ruined. Can I please send you before and after images of him? He’s like you, he’s so handsome and I love him. He loves your lifestyle.

“If maybe you would video call him and motivate him, he would heal cos he hides a lot. He does not like the camera because of his face”

These are the pictures of Lungelo before his attack: 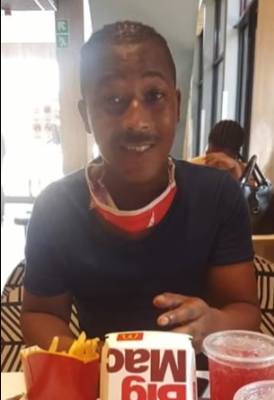 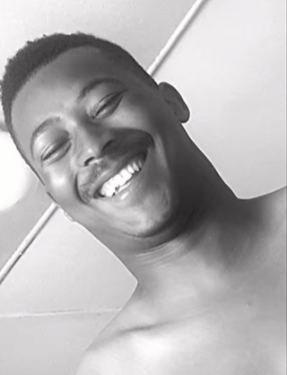 These are the pictures of Lungelo after he was attacked: 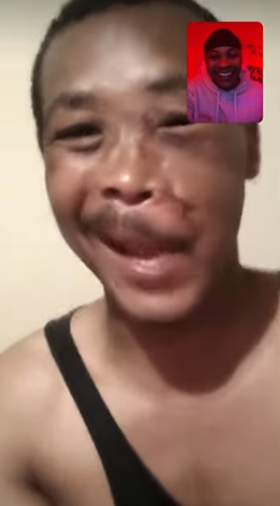 Priddy called Lungelo and his girlfriend and Lungelo was so happy that he finally got a call from his idol.

Taking to Instagram to share the story, Priddy said, “His name is Lungelo Delihlazo & he is a victim of a brutal attack that happened in his hometown in February 2021 & has since been too afraid to go back home.

The attack left his face disfigured. He has not received any form of assistance from the police and his attackers have not been brought to justice. He has since moved on with his life, however his confidence and mental health have taken a huge blow.

His partner Senorina Klaas reached out to me and she didn’t ask for any money or help, but felt that since Lungelo admires me, just a few words of encouragement from me to him would go a long way. We had a long, heartfelt & emotional conversation. They are really great people.

Lungelo works as a general assistant at Ngqeleni Super Spar – if you’re ever in the area, pop in and show him some love and any form of assistance will go a long way for him. I asked for his banking details and I welcome and encourage anybody who would like to to assist him with anything that you can: Mr L. Delihlazo Capitec savings account, Account number: 1604783301”

Lungelo has been receiving a ton of messages and people are donating to just help make his life a little easier. To thank the good deed that people have done for the couple, Priddy took to hi stories and said, “Everybody making contributions or just reposting Lungelo’s story, you guys are absolutely changing their lives. I wanna say thank you on their behalf and God bless you all.

This has touched a number of people on social media that Priddy Ugly did nto want to take credit for all the love. He said, “I wish no credit in any of this, the real Angel in this story is Lungelo’s partner Senorina. She’s stuck by his side & loved him unconditionally. She’s extended herself far beyond what any of us can imagine, her reaching out to me & taking that leap of faith is something most of us should her courage to do too.

I never saw her 1st few messages & she still reached out a couple more times, & I’m really happy that she did. The contributions people have made, have already vastly improved their life. I wish you all the type of partner that Senorina is. Ultimately, we are here to love. Love each other, love yourselves & God is love”

We love Priddy for doing this for Lungelo. It is truly heartfelt.