Prince Kaybee Is In A Celebratory Mood

Prince Kaybee Is In A Celebratory Mood 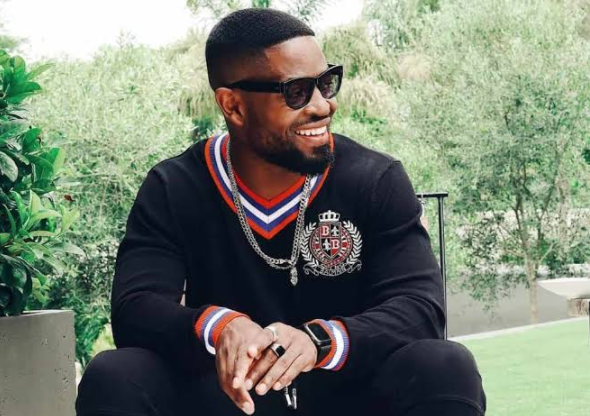 Prince Kaybee is in a celebratory mood – but no we cannot yet reveal if it is baby fever, but his new music is getting rave reviews. The Kind of the decks has released his new single Sbindi Uyabulala featuring Nkosazana Daughter and Masuda.

Prince Kaybee has been delivering some fire tracks ever since he won that SABC 1 talent show called 1’s & 2’s. From there onwards he has been releasing some bangers and topping charts.

His latest single Sbindi Uyabulala is doing pretty well and Mzansi cannot stop raving about it.

This is exactly what I signed up for #SbindiUyabulalaOut pic.twitter.com/jpEjDq9nm7

This is gonna be my favourite track#SbindiUyabulalaOut

This is gonna be a good weekend , I’m so excited 🔥
🔗 :https://t.co/pNa6WAXAPq pic.twitter.com/HvVz1U4s1N

Prince Kaybee trended this week after he called out record labels for not being hand on when it comes to promoting the work of their artists. “Major record labels in SA have all the fancy boardrooms and high-end studios but can’t influence street culture. Imagine being a rich kid who can’t afford style,” he said.

A follow up tweet reads, “Who are their culture specialists, what culture did they influence and when?” He then advocated for independence but said artists are not ready for such, “Sometimes independence sounds nice cause of the hype but very few artists are ready to bear with the realities of being an indie.” he wrote.

Prince Kaybee could be in another celebratory mood but we cannot say for sure of he is. Seeing how he and Zola Zeelovin did not state whether they had separated or not. The two who were/are in a 5 year relationship saw things crumble when it was revealed that Kaybee had been cheating on her with a woman named Hazel MaHazard.

She made this known by leaking his nudes which caused havoc on social media.

Well yesterday Zola Ayabulela Mhlongo announced that she is expecting her first child and shared some spicy maternity shoot pictures. Mzansi congratulated her and Prince Kaybee as well but he kept mum about this, and so did she.

But we get why people would be sceptical to believe that they had broken up because they still have not removed the pictures of each other on social media. Another eyebrow raiser is the fact that Zola announced a day before Prince Kaybee dropped his single Sbindi Uyabulala just to get the attention diverted to him maybe?

Or how about the fact that Zola got to hype his new single before it even got released?

Announcing her pregnancy she referred to ‘we’, her child’s parents and said they are extremely happy to meet him/her soon. “My Greatest Gift. God has awarded me the opportunity to move into the next phase of my life. I AM A YUMMY MUMMY. Being your mother has been the most sacred duty I have ever taken on. My child you are the epitome of love. We haven’t even met you yet but you have already changed so much in our lives. For that we are truly blessed…We cannot wait to meet you.”