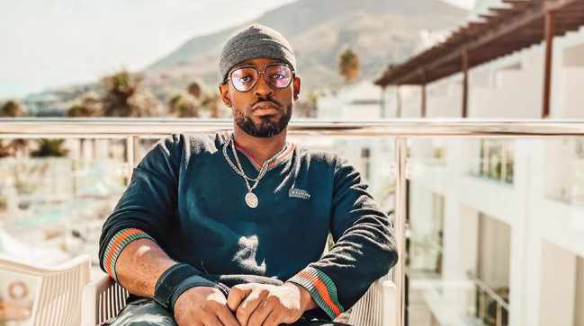 Prince Kaybee is adamant that he is probably the most hated celebrity in the country. The musician has beefed with so many people in a short space of time, leading him to think that nobody actually likes him.

Kaybee took to Twitter to mention that if you’re his true fan, people will actually want to cancel you for defending him as he is a very outspoken artist. Prince even pointed out how he fears walking the red carpet for this very reason, adding that his haters might burn him.

“You defend me, you get blocked by the whole music industry. I’m even scared of going to red carpet events, ba tlo nchesa (they may just burn me),” he wrote.

You defend me you get blocked by the whole music industry. I’m even scared of going to red carpet events, ba tlo nchesa…

His beef with Cassper Nyovest goes way back and they had laid their differences aside but recently ignited it again. They had promised to resolve it in the boxing ring but that did not happen because Prince feels that he would rather fight Cassper for free than to fight him for R2.5 million.

The beef with Phori started when Phori took a swipe at him and a number of other artists for not owning their masters. Prince then explained why not owning your masters is not always an advantageous thing if a person does not know how to make money from them.

On the Anga Makubalo beef they debated about cars. Prince is a Mercedes fan and Anga is into BMW’s. He said it’s a normal thing amongst men to debate about cars however when Naak came for his career Prince touched a nerve. He said he has a better catalogue than Naak so he told him to stay in his lane. The fight got so heated that Naak promised to whip Prince’s as* when he sees him.

With Black Coffee, Prince was talking about how celebs try to sound intelligent after consuming a few YouTube videos. This was a swipe at Euphonik, who is Coffee’s best friend. “The problem is that celebrities fall for the same trap all the time, ‘the urge to sound wise’. You watch a few YouTube videos you, wanna sound intelligent. Carry on, you will meet your maker,” he tweeted.

Coffee then hit back and asked Kaybee is he is a celebrity or not, “Hosh Coffee…I see myself more as a servant of the people, if people wish to call me a celebrity or celebrate me it’s a blessing. I’m an artist and creator first, I don’t care much about the definitions of the industry because I know who and what I am.”

Busiswa started beefing with Prince when she dissed him after the whole Naak Musiq twar. Prince told Mac g that she dislikes him because he is friends with her abusive ex-boyfriend and baby daddy KG. “Maybe that pisses her off.”