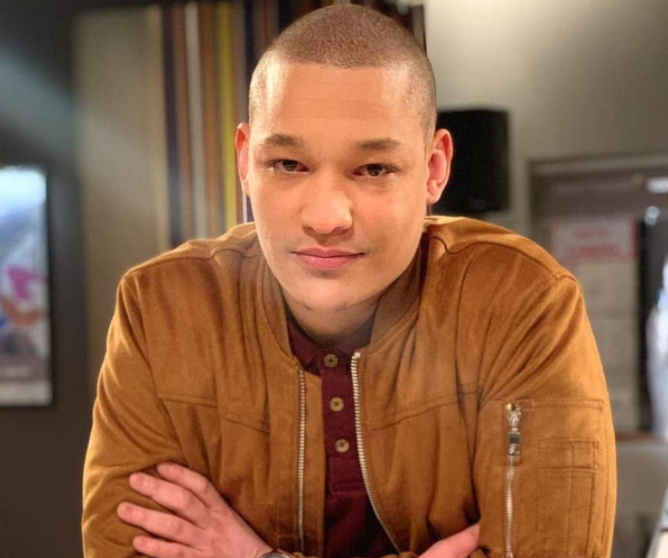 Scandal! actor Brighton Ngoma has decided to call it quits! The actor who brought us the character Quinton Nyathi has decided that it is time he moves on from the production after 12 successful years.

Businessman Quinton Nyathi joined the production as a charming man who was a ladies magnet. Having to face the reality of being abandoned by his mother Layla Mackenzie played by Natasha Sutherland, Quinton had to face the daunting world of corporate whilst dealing with his own issues. Soon after he betrays a friend by having a one night stand with his wife, Dintle Nyathi played by Mapaseka Koetle-Nyokong, and they have a baby Jewel Nyathi.

His recent storyline is one that is intriguing but also his last. Quinton suffers a memory loss and has no recollection of his daughter, mother and baby mother. As the storyline progressed, he started getting glimpses of his memory back and it dates as far as his childhood which was motherless.

Dintle, being the conniving schemer that she is, decided to use Quinton’s condition to her advantage by making it seem as though they are married. But his mother put a stop to this. But how will Quinton leave the show?

Well the Khubeka’s will be making their first appearance on the show, but this will sadly see Quinton leaving in a very tragic way – death.

Watching the clip below:

Nothing will ever be the same as the Kubeka's come crashing into #etvscandal TONIGHT! 💥💣

Brighton told TshisaLive, that his time had come for him to leave “Having played the character for so long, it was only a matter of time before the journey came to its natural end. I see it as growth. I can only hope that the fans are as moved as we were when we performed the storyline. Death is sometimes the beginning of new, greater things. His newfound love for Dintle is probably the biggest heartbreak as a result of his death,” he explains.

Quinton has also taught Brighton a great deal about life and he says thank you to the character, “To Quinton, I’d say, ‘thank you for the journey, the lessons, the life’.”

Brighton is moving on to bigger and better things as he now stars in SABC 1’s production which is an Ugly Betty spin-off, and it is called uBettina Wethu. He plays the role of Thabang “T-Bang” Moeketsi and is nothing like Quinton.

After being with Scandal! for 12 years and playing Quinton for 10, he was starting to doubt himself and his abilities. So much to the point where he wanted to call it quits. But he told Drum Magazine that when the role of Thabang came knocking at his door, he seized the opportunity. He said actors have to not hold on to a certain character or role for a very long time because they fall risk of being typecast.

Exiting the show as well is the devious Boniswa Langa played by Lusanda Mbane. From 2016, Boniswa has evolved to being even more vindictive and evil as she started off as an innocent school teacher who almost got tossed into a life of polygamy. She then went from being a widow to then drugging her very own son to being a murderer.

“It has always been important to me to walk away while I am still on top. I knew in my heart the day I walked into Scandal! studios for the first time in June 2016 that Boniswa would be a five-year journey. It has come to pass.

”I leave Boniswa as a celebrated, powerful, undiluted villain. This is the end of her journey and she will now remain only in my heart and will continue to live through the millions who continue to give me the best Boniswa Langa quotes and impersonations every day. I love you all,” her statement reads.