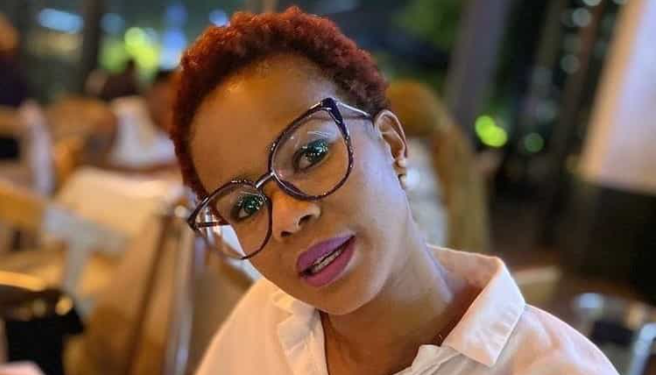 The River Magic fans are extremely disappointed by the actions of Rakgadi Kedibone as she has stooped to the lowest possible level. The latest storyline sees Mohumi, Tumi Mokoena’s biological father, return to Refiloe and in turn many of the citizens’ fear for their lives, more especially, Rakgadi Kedione. Always seen as the saint alongside Sis Flora in the show, she has snuck up at night and stole money from Paulina’s tavern and planted it inside Mohumi’s bag to make it look like he is the one who stole the money. She has been instigating that Paulina fires him from his new job at the tavern and has now forced Mohumi to quit for the sake of peace. What has baffled many viewers is the fact that she shows zero remorse.

Rakgadi Kedibone is the last person anyone would expect to ill-treat an ex-convict seeing that she was one herself. She has struggled to adjust to normal life as has past is always brought up whenever she tries to change her life or do something positive. Many of the telenovela’s fans have taken to social media to express their disgust and disappointment.

Rakgadi 🚮 🚮… Double standards.. She forgets Flora got the community to accept her after serving prison sentence#TheRiver1Magic

In case you don’t know who Mohumi is – here’s a quick recap. He joined the drama at the end of season three and made a grand entrance at the Dikana mansion. He wanted to avenge Thato Mokoena’s death and the hurt caused by Lindiwe Dikana. However, his plan was interrupted after finding out that Tumi was his biological daughter. Tshabalala and his team made it in time and arrested Mohumi and co. After being released on parole, he is now back and wants to get his life back on track.

Another storyline that has captivated viewers is one of Nomonde and Mabutho. They have fallen in love and viewers are here for the romance.

The only catch is that Mabutho has been lying about who he really is and now he is struggling to keep up with the high living standards he’s presented to Nomonde. Also, Nomonde is unaware of the fact that Mabutho was once his sister in law.

Also, Beauty has let her tongue slip and informed Emma that Mabutho is the Sizwe Hadebe guy Nomonde has been going on about and of course she is here for it as she’s never warmed up to Nomode’s return. Now we’re all looking forward to how Nomonde and the Dikanas’s will react to this new relationship.
Catch The River weekdays at 20h00 on 1 Magic and 20h30 on Showmax.