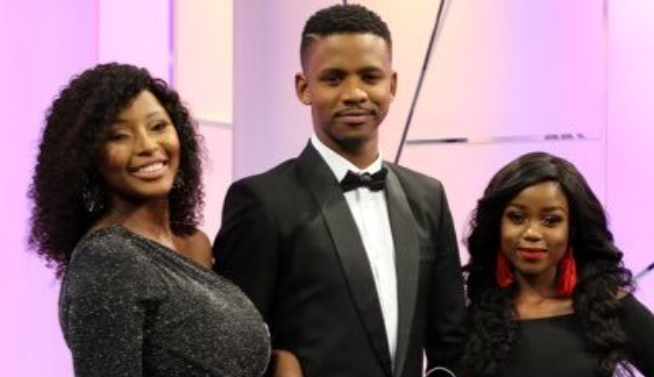 SABC 1’s Real Goboza is making a comeback however its is reportedly it’s final season. Fans are excited to find out that hosts Sinazo Yolwa and Sam Mangesi are returning to the controversial gossip show.

The Gossip show RGB has been canned by the SABC after a very successful run. Phil Mphela announced that the show is coming back this Saturday, 17 July on it’s normal time slot 19:30. In addition to that he will be the very first guest of this new season. He will also be joined by Makhadzi and he shared a clip from the upcoming episode.

RGB is back!! @MakhadziSA and I kick off the new season as first guests.

Fans are excited that the show is coming back after having to watch repeats of previous episodes.

Sinazo Yolwa explained to Daily Sun why the show took so long to return saying COVID-19 is to blame. “It has been so long and with the cases increasing in Gauteng due to Covid-19, it has been tough to get the team back together. But we have finally done so and I’m very excited. People can expect nothing but the best because we always deliver in terms of celebrity gossip and events,” she told the paper.

After being with RGB for 8 years, she is sad to see it come to an end.

Who would’ve thought a big girl with tattoos,crazy hair n her own style frm Pitori would be on the biggest music show in our country? When main stream media was always dominated by the opposite?

Live amp will 4ever be special man- a win way bigger than me. Here’s to more wins 🥂

“When I joined the show, it was a different set, crew and presenters. So much has changed over the years. It is very sad for me to bid farewell to the show as it has been a part of my life for a long time, and taught me so much of what I know today,” she said.

Another show SABC 1 cancelled is Live Amp. It is hosted by DJ Speedsta and Lamiez Holworthy.

In the clip, we can see Makhadzi addressing the King Monada issue. Sinazo then asks her that they should pretend it was a publicity stunt, to which Makhadzi then explains what exactly happened.

The drama started over the ownership of the song Ghanama. They went on Facebook Live and had an exchange of words. A few days later, Makhadzi goes on social media to say it was a publicity stunt to get their song trending before it got released.

She then later removed Monada’s verse from the song and released it. To her surprise she got over 100K views within 24 hours. If that was not petty enough, Monada then released his own version with another muso Mukosi using Makhadzi’s verse and voice.

She then released a statement saying Monada did her dirty as they had agreed to both say it was a publicity stunt however he played his own game. So did Monada treat Makhadzi like a dog?

“Even the recording sessions were bad, Monada used to treat me like a dog. I used to skip exams because of him. He would say “wait, we will record tomorrow” and just because I knew what I wanted in this game, I was patient,” she explained.