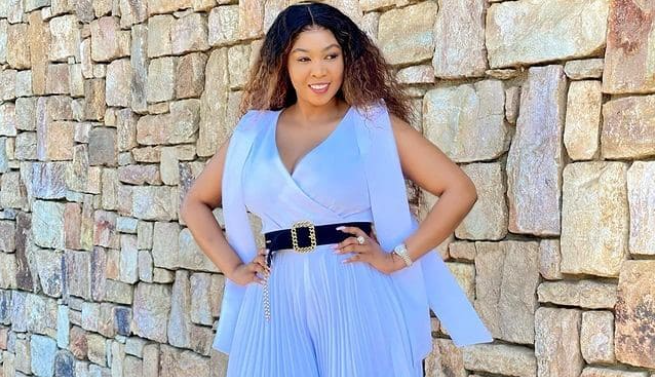 Ayanda Ncwane is reportedly leaving the successful Real Housewives Of Durban show and will not be a part of season 2, which has apparently started shooting. This is apparently because the show is tainting her late husband Sfiso Ncwane’s legacy.

When the first episode premiered we were rocked by news of Nonku Williams being Sfiso’s baby mama. From the very beginning, that is what enticed viewers and they got hooked immediately. Perhaps the storyline worked in the show’s favour but the woman who is at the centre of it all, Ayanda Ncwane is not happy about this.

According to Sunday World, Ayanda Ncwane has decided to leave the show because it is disrespecting her brand, her husband’s legacy and it tainting it badly.

Sources close to the media and fashion icon revealed to the paper that Ayanda is doing her best to preserve Sfiso’s legacy, but the show is also working hard to create drama but she is not there for it.

“She feels like the show doesn’t respect her hubby’s legacy, which is something she has been trying to preserve,” a source told the publication. “She carries the show, they are going to have to find someone as strong and as interesting as her brand,” it added.

Ayanda Ncwane refused to play the producers game of portraying her in a “ratchet” way, like most housewife shows are. She is also arguably the most popular on the show so it makes sense why they would want to use her.

When asked about this, Ncwane simply said, “I would rather not comment about this.” Nomsa Philiso from MultiChoice however said shooting for season 2 has already started. “I was not aware, we have only started working on season two,” she said.

Viewers have always anticipated beef between Nonku and Ayanda seeing how they both fell for the same man. Ayanda’s brother Phupho however cleared the air and said there is no bad blood.

“Well there you have it, Nonku & Ayanda have a history that’s being concealed on the show. So that first reaction was uuuuuhm … New lady just let slip,” a tweep wrote. Then Phupho defended his sister by saying, “Yall love drama. Ayanda got saved and became a Christian hence she broke up with Sfiso because she couldn’t jola as a Christian. Then during that time Sfiso and Nonku dated and had a kid. Then a couple of months down the line Sfiso also got saved and married Ayanda.”

“So there really is no ‘history’ between Ayanda and Nonku, no one got cheated on so maybe drop the narrative you’ve created in your head.”

Another shocking revelation we saw on RHOD was that Sfiso was apparently poisoned? Ayanda was apparently living in fear and that she refused to eat food prepared by someone else, “I don’t eat ready prepared food, I need to see how it was prepared and who prepared it.”