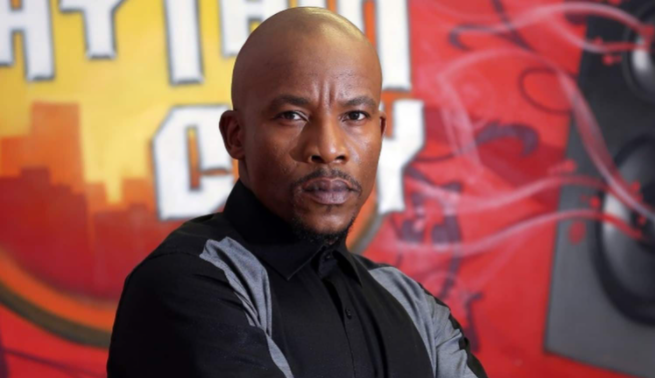 Rhythm City will be coming to an end this Friday, the 16th of July. The channel promises an epic ending to it’s 14-year-run and viewers will see the biggest storylines taking unexpected turns.

In a statement e.tv said Friday’s episode of Rhythm City will make a total of 3,660. The channel also spoke about how Rhythm City always makes sure South Africans see themselves within the storyline, mirroring their realities and everyday struggles.

How can we forget about the music and how they promote SA local artists. They even welcomed artists to come perform and promote their music. “Rhythm City says goodbye to its loyal fans with an ending South Africa never expected. The show which started on 9 July 2007, will have aired a total number of 3,660 episodes by 16 July 2021,” reads the statement as quoted by The Citizen.

In the statement, the show promised happy endings for some of the cast members namely Jafta and Fats played by Mpho Molepo and Sandile Dlamini. Moving into their new home is Sabelo and Sindiswa played by Ishmael Songo and Mbali Zakwe.

There will be a not-so-happy ending for Suffocate, played by Mduduzi Mabaso, though as he will be in his enemy’s presence for the rest of their prison sentence.

“This week will showcase a tale with beautiful endings – from Jafta and Fats finally finding the love of their lives, to Sabelo and Sindiswa moving into their very own home and Suffocate ending up sharing a prison cell with Khulekani.”

Rhythm City says thank you Mzansi, all 14 million of you!

“Rhythm City had a stellar cast over the years, portraying storylines that mirrored the very reality South Africans go through, while showcasing some of the greatest musical talents this country has to offer. The show has amassed over four million viewers daily in its tenure, and for that, we’d like to say Dankie Mzansi for 14 years.”

Replacing the show is House Of Zwide and a lot of the familiar faces have been cast these include Vusi Kunene, Winnie Ntshaba, Baby Cele and Khaya Dladla.

One of the lead cast members for Rhythm City, Slindile Nodangala, has joined Scandal.

She will be joining the new show with a healthy bank balance though. The Entertainment Alert narrated Sine The Voice Artist said a few months back that RC will be giving the cast members farewell bonuses, “In an unprecedented move in South African television industry, we have it on good authority, that eMedia investments, a company that owns the Etv channel will be remunerating the cast and crew of the show with some farewell bonuses,”

“Etv confirmed that there will be money given as a farewell gift to the people working on the show…The cash is not specifically a severance package but it has been worked out within the ambit of labour law.”